Scariest of All-Time Part 31: The Undertaker 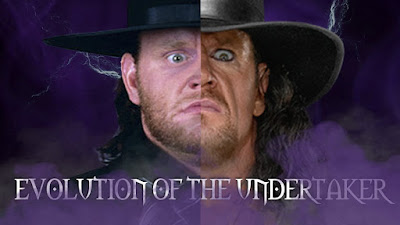 By Kevin Hunsperger
@kevinhunsperger & @my123cents on Twitter
Listen to the podcast
Follow my blog with Bloglovin
Of course, I wanted to end this series on a high note, and I don't know that they come any scarier than the Undertaker. When he first appeared in WWE (30 years ago next month),  I thought he'd be a flash in the pan. There was no way a dead man gimmick was going to go very far.
But man, was I wrong. While I wouldn't add him to my top 10 favorites, he is definitely one of the wrestlers I respect and admire. He has put himself through so much over the years, and just with his loyalty and consistency alone, he's in the conversation of all-time greats.
I loved the early stuff. Even though it was borderline cheesy at times, the presentation was so memorable. Stuffing his opponent in a body bag as Paul Bearer stood by with the urn was great. Casket matches eventually became a thing, and then the first set of Buried Alive matches. The Undertaker was part of the first Hell in a Cell match as well.
I could write for days about the Undertaker and what he's meant to the business. We all know it. I am just glad WWE is honoring him all November long for his 30 years as that character. Despite its evolution (which helps characters survive), the Undertaker has a permanent spot in WWE history. 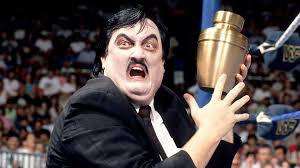 Side note: I didn't do a separate feature on Paul Bearer but very easily could have. Bearer and Undertaker together was one of the best manager/wrestler combos. And even apart, Bearer evolved the character and made it work with Mankind, Kane, and Vader. Kudos to him for that.
Posted by Kevin Hunsperger at 10:59 AM