Scariest of All-Time Part 30: The Fiend 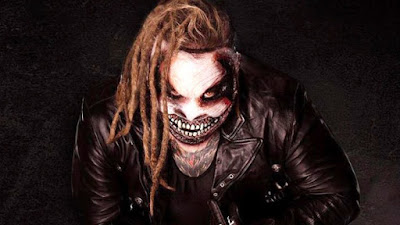 By Kevin Hunsperger
@kevinhunsperger & @my123cents on Twitter
Listen to the podcast
Follow my blog with Bloglovin
Without a doubt, the Fiend is my favorite thing happening right now in wrestling. I have always been a fan of Bray Wyatt, dating back to the early days on NXT as Husky Harris. Then when he and his family arrived on the scene a few years later, I was even more impressed.
Now with the Firefly Funhouse and the new characters, another dimension has been added to the cult favorite. Adding Alexa Bliss to the formula has also been enjoyable and I'm curious to see where things go from here.
My only criticism of the Fiend is that I would have kept the two personalities separate. Bray Wyatt hosts the Firefly Funhouse and The Fiend is a separate entity who comes out to wrestle on special occasions. I think I'd even do it where Bray wrestles in the sweater and pants from time to time too.
But regardless, I still find this story a compelling one. It's a credit to the talent of Wyatt to pull off yet another character that has connected with the WWE Universe. When that music hits and the red light comes on, you know you're in for something special. As Puppet Mr. McMahon would say, "This is such good shit!"

Posted by Kevin Hunsperger at 6:10 PM