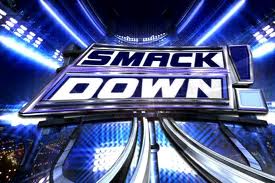 I enjoyed back to back nights of wrestling.  Actually for me it's back to back days as I DVR the shows and watch them after I get home from work.

First thought, and this will be a future in depth blog, why in the world are we starting the show off with two Raw superstars?  Why were Raw wrestlers on the show at all?  I know it was the same Monday night with SD guys on the show.

Wasn't really surprised by the finish of the match between Randy Orton and the Miz. I'm just glad the Miz at least didn't get pinned in this one.  But he didn't win either.  Still don't understand why there's opposition to putting the champion OVER the challenger cleanly?  I really don't get it.

The Santa Show thing was what it was.  Of course we all knew Cody was going to come out, well all of us but the Big Show.  And why was Cody so embarrassed about his "underwear" showing the other night?  They're roughly the same cut as his tights.

Kozlov kissing Beth, not interested in more Diva-Superstar love angles or triangles, if that's where this whole storyline is headed.

Santino gets the win over Chavo.  I like Santino, but he is a TAG TEAM champion now, so hey why not have him compete in a TAG TEAM match?  Just a thought fellas.

Probably my biggest annoyance of the entire night, maybe even the entire week, what are they doing with Kaval?  Nothing against Drew McIntyre, I don't have a problem with him winning, but they could have made this last longer than 45 seconds.  Geez, two months ago Kaval was competing for the Intercontinental title, now he's jobbing in under a minute?  Maybe he's hurt and this was a way of taking him off TV.  I haven't read anything to confirm this.  I just really am baffled why they'd treat a guy who the fans picked as the next breakout superstar like this.

The tag team match between Alberto Del Rio and Jack Swagger vs. Rey Mysterio and Kofi Kingston was action packed.  Four good workers here, and it was a SD vs. SD matchup.  Bonus points there.  My son was impressed and justified Kofi "cheating" to get the win because Swagger and Del Rio had bent the rules too.  He has so much to learn.

What was the whole McIntrye-Kelly Kelly thing about?  I haven't seen SD in a couple of weeks, so I'm guessing I've missed something.

Not even sure what to say about the handicap match with Vickie Guerrero and Dolph Ziggler vs. John Cena.  My DVR cut off early, so I didn't see the end, but read the Cena got the pinfall win.  Sigh.  Vickie shouldn't be in the ring.  She's a much better manager/mouth piece type character.  I hope the WWE gets out of the habit of putting her in matches.  Wondering if this mini program with Cena is going to elevate Ziggler at all.  Even though he lost, I still think he had an impressive showing.

Speaking of Vickie, I'm not sure why it's okay for John Cena and Jerry Lawler to make fun of Vickie's weight and the fans cheer.  But when LayCool called Mickie James, Piggy James, they were bullies and booed.  What gives WWE Universe?

Okay, if you have answers to my questions, fill me in.  Thanks for reading.
Posted by Kevin Hunsperger at 1:47 PM