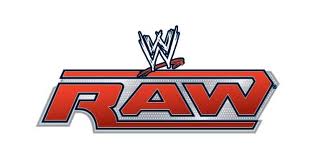 Because I get up at 3 a.m. everyday I'm not able to watch all of Raw and blog about it on Monday nights, so I doing this review a bit late.  Please bear with me.
Here are my random thoughts of last night's show:

Cole getting the RKO at the beginning of the show was great.  I know he's playing a character right now, but the dude irritates me in many ways.  I just wish JR would have come out to fill in, instead of Josh Matthews.

I'm really not digging the whole Daniel Bryan-Bella Twins gimmick.  And the whole switch-a-roo thing lost it's luster when the Killer Bees donned the yellow and black masks back in the 80's.

Could Cena face assault charges for attacking Otunga and Harris in a hotel room?

Glad we got to see Smith vs. Kidd on Raw and not just Superstars.  That match could have been a heck of a lot longer.  Not sure what I think about the meathead who accompanied Kidd.  Looks like more rookies putting over more rookies.  Is this going to be an Ezekiel Jackson-Brian Kendrick relationship?

I really do think of the Wendy's girl every time I see Heath Slater.

Wow, 4 tag teams competing in the ring at the same time.  I think this is the entire division, isn't it?  And one of them just formed last week.  Wow.  The Usos actually aren't so bad.  I wonder why they keep getting passed over.  Maybe they'd be more over if they rubbed their bare bottoms in the faces of their opponents.

While I'm happy to see Santino enjoying a bit of a push, what exactly is the Cobra supposed to do?  How is it a finisher?  And can I call the Santino-Koslov match for Wrestlemania now?

Really Sheamus, that's your idea of how a king should dress?  Interesting choice in wardrobe.   Guess Morrison agrees with me.

Why does Alex Riley carry the Money in the Bank briefcase?  None of the past winners carried the case after cashing in.  Just seems a little weird to me.

Miz, yes you are awesome.  However, table matches are not.  Especially when it's a title match.

Will Alex Riley ever come out of the Miz's shadow and not be the whippin' boy?  Cena, Zeke, and now Orton have all made A-Ri their bitch.

Barrett's promo actually made sense.  Why is Cena still around?  And how did Barrett get so much power? How can he hire and fire people?  Didn't he have a hand in taking out the CEO of the company? Logically, wouldn't McMahon fire him?  Or is he still in a coma?

So Cena will be back next week.  Officially.  How soon before Triple H is back too?

Overall, the show was okay.  Pretty predictable.  Tag team title change was a surprise.  Everything else was so-so.  What did you think?
Posted by Kevin Hunsperger at 2:08 PM