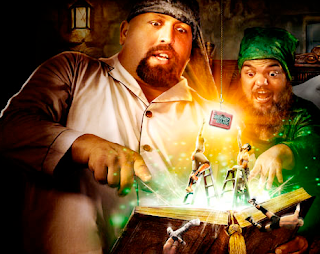 By Chad Smart
@ChadSmart on Twitter
(all photos are from WWE.com)

Since Kevin is off on assignment, I guess I should take care of the Money in the Bank preview and predictions. This is probably the most anticipated pay per view in quite some time. Honestly, I can’t recall the last pay per view I was this excited about seeing. Will it live up to the hype? Will WWE go the safe and predictable route? We’ll find out Sunday night. But for now lets concentrate on the matches and how I see the show playing out. 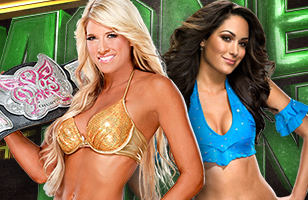 Divas Title: Kelly Kelly vs. Brie Bella
I guess I should be happy for Kelly Kelly winning her first Diva’s title, but honestly, ever since the storyline of Kelly Kelly and Balls Mahoney ended on ECW 4 years ago I haven’t seen any character or personality to the Kelly Kelly character. Then you have Brie Bella who is part of the anti-bullying “Be A STAR” campaign yet her character is the new diva bully now that Lay Cool are no longer around. This is a WWE Divas match when means it’ll get about 5 minutes and won’t be remembered 30 seconds after the match is over. MY PREDICTION: K2 retains setting up a match on Raw with Nikki Bella, which will lead into a K2-Bella Twins 3-way at SummerSlam. 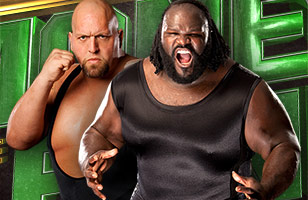 Big Show vs. Mark Henry
Mark Henry has been on a tear for the past few months. Big Show, when motivated, can still put on an entertaining match. I think this could be the sleeper match of the night.  Since both guys are relatively mobile for their size this should be much more entertaining than watching a typical lumbering big man match. I’m not sure what show Big Show is a part of, I think it’s Raw so that’s what I’m using as a basis for my prediction. MY PREDICTION: Mark Henry lays out Big Show showing dominance which carries him over to be the next in line for a title shot at SummerSlam. 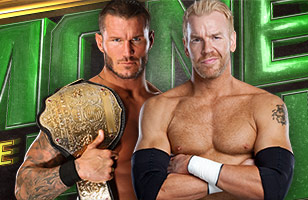 World Heavyweight Title: Randy Orton vs. Christian
This match is the epitome of what I dislike about the current wrestling product.  This is the fourth or fifth match between the two in the last three months. Yes there has been some shady officiating, but how many consecutive title shots should one person get before bringing in another challenger steps up to the plate?  MY PREDICTION: Either Christian wins the title or he accepts his position of eternal mid-carder. The way this story has played out if Christian doesn’t win, he’s going to look like the biggest choke artist of the last decade. Of course, Randy Orton is the one popular wrestler who if I never saw wrestle again I wouldn’t be disappointed so him being champion does nothing to make me want to watch any show. 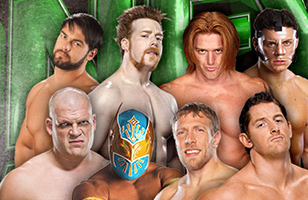 SMACKDOWN MONEY IN THE BANK
Participants in this match are, Kane, Sin Cara, Daniel Bryan, Wade Barrett, Justin Gabriel, Sheamus, Heath Slater and Cody Rhodes.
Kane won last year and hasn’t done much over the past few months so I don’t see a repeat victory for him. Wade Barrett, Justin Gabriel and Heath Slater made the NWO B Team look like the most dominating stable by comparison and I’m not sure where they stand as far as in-fighting goes, but I see them hindering each other from winning. Daniel Bryan’s stock has fallen faster than a two-ton weight dropped off the Empire State Building. Unless WWE wants to throw a bone to the Internet Wrestling Community, Daniel Bryan’s chances of winning are slim to none and slim just left town.  Sin Cara . . . um, they guy doesn’t speak English. Unless he suddenly gets a manager in the next 48 hours, there’s no way WWE will put the title on him. Cody Rhodes and Sheamus are the only two I feel have a legitimate chance of winning. Sheamus is a former champion while Cody has the character that is perfectly suited for a MITB winner. MY PREDICTION: Sheamus has been interacting with Randy Orton and Christian over the past few weeks. Look for Sheamus to win and hold the briefcase until the most opportune time to cash it in. 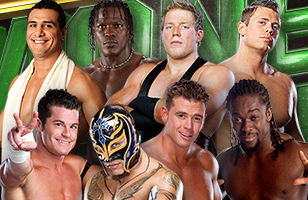 RAW MONEY IN THE BANK
Participants in this match are, Alberto Del Rio, R-Truth, Jack Swagger, The Miz, Evan Bourne, Rey Mysterio, Alex Riley, and Kofi Kingston.
Where to start with this one? Evan Bourne lost his first match after having a hype video.  That doesn’t bode well for a sustained push. R-Truth, while being more entertaining in the last two months than in the last 8 years, got his token title match and will now be shifted back down to the mid-card. Jack Swagger got punked by Michael Cole. Alex Riley is too new to the scene. Unless WWE has major plans for him and wants to have him hold the briefcase for a good 9-10 months, I can’t see him winning. Plus, with The Miz in the match, there should be no way Miz would allow A-RY to win.  By the same reasoning, A-RY should try and prevent The Miz from winning. Kofi Kingston is “that guy.” He’s a multi-time champion but he’s missing something that makes you see him as the focus of either brand. That leaves us with Alberto Del Rio and Rey Mysterio. MY PREDICTION: While it is Alberto Del Rio’s destiny to become champion, he won the Royal Rumble this year. I can’t see him also winning MITB. While I don’t really think Rey Mysterio is the one who should win, his winning plays into my plan for the main event. 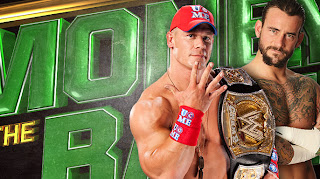 WWE Title Match: John Cena vs. CM Punk
The match everyone is talking about. CM Punk is on his way out of the company and has vowed to take the WWE Title with him. Vince McMahon has declared if Punk leaves with the title then John Cena will be fired. Stupid stipulation aside, the build for this match has been the most interesting and compelling in recent wrestling history.  As Kevin and I have written about before, after the past few weeks of Raw, there is no way John Cena should win. CM Punk has to win for there to be a satisfying pay off. Then as Punk is celebrating, Rey Mysterio (who lost his title after winning a title match at last year’s MITB) comes out to cash in the briefcase and keep the title in possession of a WWE employee. Given the history between CM Punk and Rey Mysterio this would also be a good last match for CM Punk. For further insight you can read my post, “Take the Title and Run” to see how I’d end this scenario.
The best thing about this upcoming pay per view, one word: unpredictable. WWE has the wheels in motion to get people captivated again. Will they succeed or will they sabotage themselves and take the easy, safe way out. Only one way to find out. Tune in on Sunday, buy the DVD, or just watch Raw on Monday to find out what happened.
If you Liked us on Facebook, followed us on Twitter and watched our YouTube channel, you’d have known Kevin was Zack Ryder’s Broski of the Week. What will be our big announcement next week?
Posted by Kevin Hunsperger at 5:10 PM