For nearly 3 months I have been trying to get the attention of WWE Internet Wrestling Champion Zack Ryder.  Several months ago, Zack created a YouTube Channel called Z! True Long Island Story.

It's something I'd never seen an active WWE Superstar do before.  The channel is Zack's effort to get himself over.  And it's working.  His videos have more than 3 million views to date.  Each week, Zack invites his fans to audition for "Broski of the Week."  Honestly, I'm not 100% sure what a Broski is, I just know I wanted to be one.  And after four different attempts Zack picked me to be Broski of the Week in Episode 22. 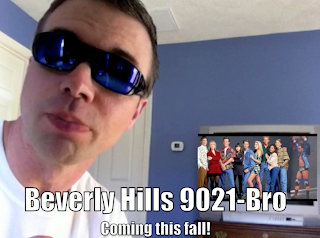 I'm totally stoked about it.  He picked my favorite of the four submissions I entered.  I wonder how many people try out for this.  Last week, I had actually given up hope and decided not to submit anything new.  I had been resending the links to all of the videos each week.  So I don't know if Zack actually liked my video or if he was just tired of getting my tweets.  Either way, I'm a happy camper.

Thanks to all of you who have commented so far.  Don't forget to subscribe to My 1-2-3 Cents on YouTube.  Woo-woo-woo!  You know it, bro!
Posted by Kevin Hunsperger at 8:05 PM