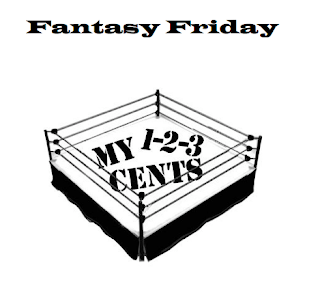 For years, I've thought about a match between Shawn Michaels and Ricky "the Dragon" Steamboat.  Both men are on my Top 5 list of All Time Greats.  (Ric Flair, Kurt Angle, and Bret Hart are also on that list).  And personally, I think the two could have put on one helluva show back in the day.  I actually believe they could give a decent match today.

So let's break it down.  Last week when I compared Austin vs. Hogan, I used a 3 year time period to gage how they'd match up against each other.  This was a very challenging thing to do with both Michaels and Steamboat.  But to stay consistent with this feature, I'm going to stick to my 3 year rule.

For Shawn I couldn't decide what was his best time in the ring.  So I asked for the help of My 1-2-3 Cents fans on Facebook.  I got some good suggestions, but I decided to stick with my gut of 1993-1996.  I chose those three years, not just for his in ring work, but I thought the whole Heartbreak Kid character really started to shine and develop in the mid 90's.  It was a dismal time for the WWF then, and Shawn Michaels really shined in the ring and on the mic.

Picking Steamboat's best 3 years was a challenge too.  He had some great moments through his career, but I went with 1986-1989.  He was in both the WWF and NWA at during this period and really peaked as a wrestler in my estimation.  Some will argue his matches with Flair in the early 80's were the best, but this was before my time, so I'm going with what I know.

Let's do the comparison: 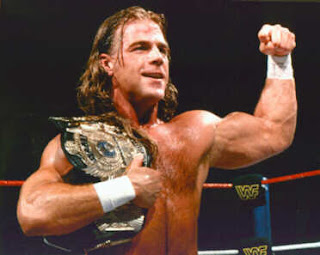 *Defended the WWF by pinning Diesel at In Your House: Good Friends, Better Enemies (4/28/96)

*Defended the WWF title against Vader at SummerSlam (8/18/96)

*Beat Mankind by disqualification at In Your House: Mind Games (9/22/96) 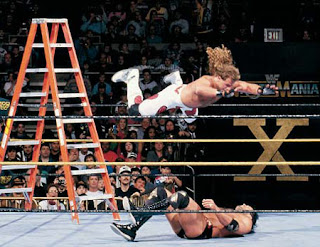 Another defining moment for HBK during this period is his ladder match against Razor Ramon.  The two put on a great performance, and many say it stole the show at Wrestlemania X.  I think it's fair to say this was the official start of being able to call Shawn "Mr. Wrestlemania."

Admittedly shortly after 1996, things started going down hill for Shawn.  Depending on who you believe, he flaked out and didn't come back to wrestle at Wrestlemania 13.  Then there was the whole "Montreal Screw Job" at Survivor Series and his title loss at Wrestlemania 14.  Shawn then left the business to recover from injuries until 2002.

Some would argue his second stint in the WWE was better.  He had some incredible matches throughout both tenures.  But for me, that first heel run was more enjoyable as the Heartbreak Kid character.  He truly "brought it" as far as I'm concerned. 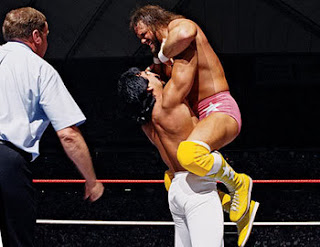 *Pinned Bret Hart in a classic match that was originally supposed to happen at Wrestlemania 2 (It should have been on the PPV, IMO)

*Started an epic feud with Jake "the Snake" Roberts in mid 1986, getting the upper hand in that program, including a pinfall win on Saturday Night's Main Event (9/13/86)

*Pinned "Macho Man" Randy Savage for the Intercontinental title at Wrestlemania III.  This match set the standard for quality Wrestlemania matches and more than 25 years later still holds up.  (3/29/87)

After Steamboat lost the IC title to Honky Tonk Man a few months later, he started a major downhill slide in the WWF.  He beat HTM mostly by countout and DQ in the rematches that followed.

*Beat "Ravishing" Rick Rude by DQ at the first Royal Rumble.  This match I think is pretty underrated, as it was an excellent showing by both and  prelude to a feud down the road in WCW. (1/24/88)

*Lost to Greg Valentine in Round 1 of the WWF title tournament at Wrestlemania 4.

Shortly after that, he left the company and took some time off.  Steamboat reemerged better than ever in the NWA. 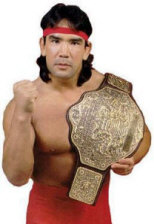 That series of matches with Flair are some of the best in wrestling history.  Although Steamboat's run at both IC and NWA title were short lived, he always put on a great match.  Personally, I would have loved a Steamboat WWFWrestlemania 4 tournament.


Both Michaels and Steamboat would give their all in this match, even if it were to happen today, I think it has the potential to be a 5 star contest.  I think Steamboat would try to launch an aerial assault, while Michaels would stick to a more mat based defense.

While Steamboat enjoyed brief success at the top of the mountain, Shawn won more titles during his 3 year period.  Of course, this was more in the modern era of wrestling with weekly Raws and monthly pay per views.

Would Steamboat have been just as successful had their been the same kind of programming in the 80's? I think you'd be a fool to say no.  But based on what actually happened in these two men's careers, I've got to declare Shawn Michaels the winner of this week's Fantasy Friday match up.