Ring of Honor: What Am I Missing? 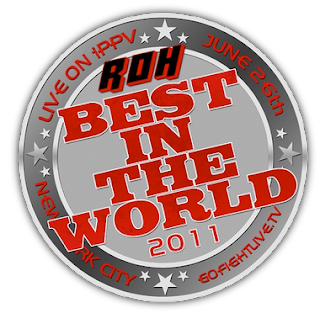 Ring of Honor held their “Best in the World” ippv on Sunday afternoon. I decided to order the show because I had not seen a ROH show in over two years. While watching the show however, I was reminded why I hadn’t seen a ROH show since attending a live show Wrestlemania 25 weekend in Houston, Texas.
Ring of Honor has a roster of talented wrestlers, half of whom I enjoy watching in other promotions. However, in the Ring of Honor setting, I find a lot of the wrestlers to be bland and all cut from the same cloth. Ring of Honor was founded on the principal of wrestling as a sport.  In a world of sports entertainment, ROH was the alternative to crazy characters and intelligence insulting story lines.
While I appreciate solid wrestling, when watching an entire wrestling show, I want some variety in the matches. The original ECW was near perfect at crafting shows that had something for everyone. Brawling, technical wrestling, comedy and anything in between could be found on an ECW show. On the typical ROH show I’ve watched, the show is about 80% strong style wrestling with 20% either street fights or short comedy matches. The matches all seem to run together.
Ring of Honor matches also seem to epitomize what I dislike about the current independent wrestling philosophy. It feels like every match has to be hard hitting and require a minimum of 10 finishing moves to end a match. Nothing in a match seems special or organic when every high profile match follows the same formula.
During Sunday’s “Best in the World” show, I found myself easily getting distracted during matches. Even when the wrestling was good (Christopher Daniels/El Generico and the 4-way Tag Match) I couldn’t get invested into the show. Maybe that’s a result of not following ROH regularly so I don’t have a vested interest in the matches. Or maybe ROH simply isn’t my cup of tea. I will go on record as saying Davey Richards is one of my least favorite wrestlers currently fighting, so ending the show with Davey winning the World Title does very little to entice me to keep watching ROH.
When ROH debuts their new television show in September maybe they’ll modify their product to fit in with what the average wrestling fan expects from a wrestling show. Maybe then there will be something that attracts my interest and keeps me coming back week after week. But for now, I’ll continue to read recaps of shows online and have a general idea of what’s going on in the world of ROH while continuing to enjoy the wrestlers I like when they compete for Chikara or PWG.
Check our Facebook page for updates throughout the day. Follow on Twitter for daily commentary. Watch our colorful cast of characters on YouTube.
Posted by Kevin Hunsperger at 8:20 PM