The Attitude Era: A Perfect Storm 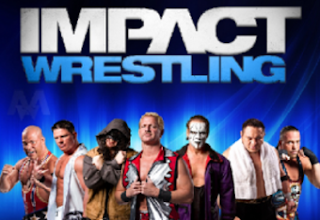 (note: photos in this post are courtesy of WWE and/or TNA)
Once again I was thinking about changes TNA needs to make in order to actually be a competitor on the main stage. Don’t worry, this isn’t going to be another blog bashing TNA. Well, at least it won’t be after the first paragraph and until the last couple paragraphs. My first thought on how to change (I say change, because for all I know my ideas won’t “fix” TNA, but they should change the company) the company would be to get rid of Hulk Hogan, Eric Bischoff and Vince Russo. I know, that’s quite the radical original idea. Hogan and Bischoff have not brought a significant up tick in ratings since they’ve been there, and really add nothing to the shows other than long promos and making most of the roster look inferior to a non-wrestler and a way past his prime wrestler.  Then there’s Vince Russo. The “genius” of the Attitude Era. The man responsible for taking WWF to heights it hadn’t seen. The greatest wrestling writer to ever live and whom without him, WWE has yet to see the same level of success. Never mind the fact that with him, TNA has yet to achieve the same success as WWE. Anyway, as I was thinking about this, I had the thought the Attitude Era had very little to do with the actual writing of the shows and more to do with a perfect storm of people and events around the wrestling industry in 1997.
I don’t know about you, but when I try and re-watch any show from the Attitude Era (Raw, Smackdown, Nitro, Thunder, ECW) I have a hard time sitting through an entire episode. Matches are usually short and are secondary to story lines surrounding the wrestlers involved. There are long winded promos and … wait, am I talking about shows from 1997 or from last week. Okay, lets just get to the perfect storm I mentioned.
I’m going to play with the timeline a bit. Accuracy isn’t as important as the surrounding events. 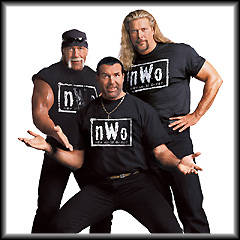 MONDAY NITRO/NWO
When Eric Bischoff took over control of WCW, when asked what they needed to do to compete with the WWF, his idea was to go head to head on Monday nights, only unlike Monday Night Raw, WCW Nitro would be live every week. Prior to this, WCW’s programming ran on Saturday and Sunday evenings and were taped months in advance. Prior to Nitro (and the rise of the Internet news sites), WCW programming’s taping schedule revealed match outcomes to upcoming pay per views by taping matches with wrestlers holding championships they weren’t challenging for on the current television shows.
By going live and going head to head with Raw, Eric Bischoff upped the challenge to WWF by putting on pay per view caliber matches while Raw was usually filled with squash matches and maybe a main event that could headline a B level house show, but wouldn’t ever be a main event on a pay per view. As a result, wrestling fans started tuning in to Nitro for better matches. Then came the event which changed the wrestling landscape to this day, The NWO.
When Scott Hall and Kevin Nash showed up on Nitro, implying they were still working for the WWF, wrestling fans got something they had never seen before, one promotion acknowledging another promotion on a grand scale. Fans were intrigued to see who would be the next wrestler to jump ship from one promotion to the other. This also started the downward spiral of actual wrestling not mattering. Sure the cruiserweights were putting on outstanding matches and fans were cheering Rey Mysterio, Eddie Guerrero and Chris Jericho among others, but most of the time fans were just waiting for the NWO to show up or the next NWO promo. Fans were rallying behind “the bad guys” because it was something fresh. (note to all wrestling companies, that was 15 years ago. A NWO-esque group is neither fresh nor exciting anymore.)  The coolness of the NWO helped bring in fans who weren’t really fans of wrestling. 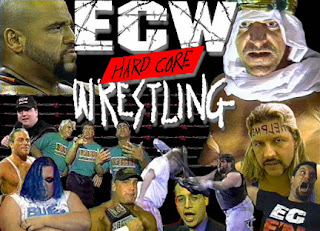 ECW and the rise of hardcore wrestling
While most fans were watching WWF and WCW, a small group of fans in the North East United States got to watch a small promotion grow from a regional attraction to a national entity. Where WCW presented a storyline most fans hadn’t seen before, ECW was presenting wrestling most fans hadn’t seen before. ECW offered a variety of wrestling styles. Everything from hardcore, to lucha libre, to catch as catch can. There was something for every wrestling fan. ECW’s rise in popularity was helped by being able to tap into the ‘90s attitude and pop culture scene. Using songs by popular alternative acts and creating characters that were a product of the times separated ECW from the WWF and WCW. Think about this, would the Raven character work in today’s wrestling scene if it was new? How about the Sandman, or Public Enemy?  While traits of the characters could be tweaked to maybe work today, the actual characters created 16-17 years ago mirrored society at that time and thus are products of that period.
The aura of being part of a family also helped ECW’s growth.  Paul Heyman had a cult leader persona about him and could make anyone want to drink his flavor of Kool-Aid. The wrestlers themselves seemed to be a large band of brothers instead of workers for a company like WWF and WCW employees. This unity spilled over into the fans. Since ECW taped most of their shows at the same venues, soon regular members of the audience became almost as famous as the ECW roster. Who can forget, Hat Guy or Rob Zombie Looking Guy?  The unity amongst ECW and its fans helped ECW attract fans who generally weren’t wrestling fans. 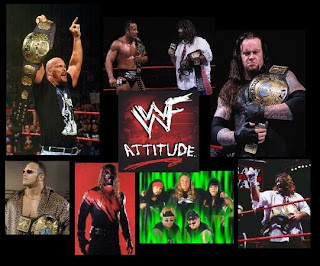 WWF gets an Attitude
It took awhile, but once Vince McMahon realized, WCW and the NWO’s popularity weren’t a fad (well, until they got competition) Vince realized he had to make a change to the current WWF product. The cartoon characters would no longer appeal to fans who were seeing more realistic personas in WCW and ECW. After having Vic Venom spoil the obvious outcome of the 1997 Royal Rumble on a episode of Livewire, Vince McMahon promoted Vince “Vic Venom” Russo to head writer in an attempt to shake up the WWF product.
One positive I can attribute to Vince Russo’s writing is everyone on the roster had something to do or a place on the show. That doesn’t mean they were necessarily good (Beaver Cleavage anyone? Wait, that probably wasn‘t a Russo idea) but the roster was utilized. When the shift in Attitude changed, characters started emerging that, while exaggerated, were more appealing to the general public. At least the general public between the ages of 15 and 25. Part of those fans were probably fans that weren’t interested in wrestling before the attitude shift. 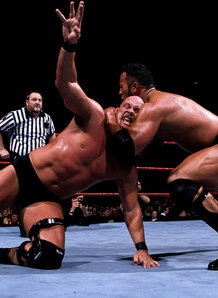 The rise of Stone Cold and The Rock
Without a doubt, the two biggest stars of the Attitude era were “Stone Cold” Steve Austin and The Rock. The argument could probably be made that wrestling really stopped being cool when Austin and Rock stopped wrestling on a full time basis.  Austin started his rise to superstardom right as the Attitude era was beginning. The Rock followed his ascension in the following months. From all accounts I’ve read or heard, Austin and The Rock were allowed the freedom to say what they wanted and didn’t have to deliver 100% scripted promos. This allowed for their personalities to come through and create memorable characters.
Sure “Stone Cold” was put into a red hot storyline with Vince McMahon that attracted the interest of several fans and non-fans because the story was something everybody who’s ever worked has wanted to do to their boss.  But he was also put into several lesser storylines. Then when Austin and The Rock had their feud, it was the culmination of the perfect storm. The most charismatic stars fighting on the biggest stage after a new generation of fans had flocked to their television sets. 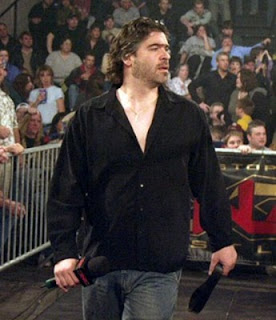 Why writers don’t matter (for sake of argument, and more TNA bashing)
As I’ve just pointed out in the fewest words possible, events not dealing with the actual writing of the shows all came together at the right time to make wrestling more acceptable to the general public. I’m willing to bet anyone who was working as a writer for WWF, WCW or ECW would have had the same or very similar success given the events and talent at the time.
This is why I don’t buy into the line of thought that states Vince Russo was the great savior of wrestling in the late ‘90s. Did he have success? Sure. Would WWF have had the same success without Russo? As long as Vince McMahon wanted to change the product and was willing to listen to a new voice.
Going back to TNA, if they are interested in growing they have to realize Vince Russo isn’t going to be the catalyst for growth. By the same rationale, bringing in someone new whether it’s someone who has written for wrestling before or someone new to the business, without a change in the wrestling landscape there will be no growth. Until that next break out star comes along, which by my recollection hasn’t happened since Brock Lesnar, it will take something drastic to draw in a new audience. Before someone brings up John Cena as a breakout star, I will ask, outside WWE projects how much publicity does Cena get? I may be wrong but The Miz probably draw more general publicity than Cena does right now. Cena has been a huge star for WWE, but he’s by no means a cross platform superstar.
What do you think? Do writers matter in wrestling? Are the wrestlers in the ring more important? What will it take to start another wrestling boom? Let us know what you think.
Keep up to date with our Twitter feed. Enjoy our random postings on Facebook. Watch our crazy ramblings on YouTube. My123Cents, it’s sugar for your brain.
Posted by Kevin Hunsperger at 10:16 PM