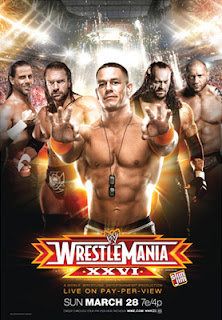 I was thumbing through the latest edition of Pro Wrestling Illustrated the other day and saw an article about pay per view piracy. There were comments from an executive with TNA and Gabe Sapolsky, former booker for Ring of Honor and current booker for Dragon’s Gate/Evolve. Both commented on how piracy was harming the pay per view business and needed to be dealt with in some manner. I’m not here to condone piracy and won’t deny having watched some pay per views via non-legal means. (that’s lawyer speak) I am here though to look at why people are inclined to watch pay per views via unscrupulous means.

First, there are a small percentage of people who aren’t going to pay for something they can find for free. It doesn’t matter if it’s wrestling shows, music Cds, videogames, etc.. If they can find it online they’ll take it. I am willing to bet this is a small portion of the already small percentage of wrestling fans online. You know, the 10%ers as Eric Bischoff calls them. I’m excluding them from my unscientific data because they won’t spend money anyway.

Now lets look at why the other people who will spend money aren’t spending money on pay per views? I will contest the biggest reason is overkill. With WWE and TNA both putting on 12 pay per views a year, and with independent promotions now doing internet pay per views 4-6 times a year, that’s almost 40 pay per views in a year. Doing quick math that’s about $600 a year in pay per view costs. How many fans are going to shell out that kind of money a year on shows?

Especially when in most cases one can wait 6-10 weeks and pick up a DVD of the show. If it’s a WWE of TNA show, the DVDs are about half the price (or cheaper) than the live show and you have the DVD to watch anytime. If it’s a independent show, the DVD may be a few dollars more, but the presentation is probably better than watching the feed of the show on the computer. Unless you really need to see the show live, you’re really not missing out on waiting. And if you plan on picking up the DVD, then you’re probably more inclined to finding a free way to watch the show live and waiting for the better presentation. 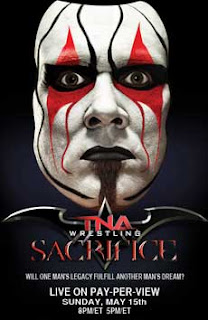 How many times do fans want to pay to see the same thing? Jeff Jarrett and Kurt Angle are fighting at Slammiversary. This is either the third or fourth PPV they’ve fought at in a row. John Cena and The Miz fought each other in some fashion on three straight emails, plus a match on Raw. So that’s about $120 worth of pay per views with the same match. Do fans want to keep paying to see the same thing over and over?

There are no angles any more, only storylines. Lance Storm had a good write up about this a few months ago. There used to be a time when the match on pay per view was the culmination of a hot feud. Now, whatever happens on the pay per view is quickly glazed over on the next episode of Raw, Impact, or Smackdown and the guys who fought are nine times out of ten put into a rematch either that night or on the next pay per view. What is the appeal of pay per view matches anymore? 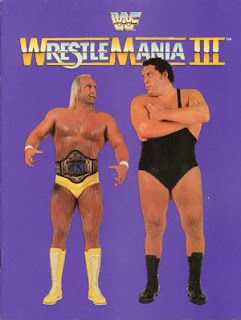 Take rematches and no angles and you get the biggest problem of what makes pay per views meaningless today, by the time a pay per view comes around the guys fighting have fought every week leading up to it. Current booking rules dictate wrestlers have to be in the ring with their pay per view opponent on every show. Back in the day (yes I’m old) Hulk Hogan and Andre the Giant weren’t in the ring together between Wrestlemania 3 and Survivor Series. There was anticipation for their match up because it hadn’t happened. Yes, I know the business has changed, but there’s no reason it can’t evolve by regressing back to what it was like before the Monday Night Wars. If the bookers/writers can’t come up with creative ways to advance a feud without having guys interact, then they shouldn’t be employed.

When it comes to the independent promotions, the problem with piracy probably steams from people being unfamiliar with the company or don’t know if paying for a computer feed will be any better than the pirated feed they’ll watch and therefore don’t want to spend the money and risk basically throwing money away. I don’t know how to rectify that problem. There’s only so much a company can do to get their name out there.

Do wrestling fans really want to watch a pay per view on a bad feed on a computer monitor? Probably not. Do they want to get the most value for their money? Most likely. Are they getting that from the current pay per view offerings? Not really. Will the wrestling companies change their pay per view policies and make the shows have a more must see feel? Doubtful. Will "fans" keep pirating feeds to save money and not feel ripped off? Most definitely.