Life is a Fantasy (League) 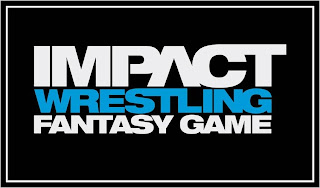 TNA is set to launch a fantasy sports league this week. Full details can be found here.  WWE had a similar game a few years ago. I thought it was a good idea and don’t know why they stopped. WWE would give winners trips to pay per views. I don’t know what TNA plans to use as prizes, if anything for their league.

As I type this, I haven’t spoken to Kevin, but feel confident that we will have a fantasy team once the league is up and running. Any information will be posted on our Facebook page and Twitter feeds so be sure to be following them if you are interested in joining our league.

As I mentioned, WWE had a fantasy league a few years ago. I enjoyed the league and don’t know why they stopped, so I’m looking forward to the TNA league even if I don’t watch Impact Wrestling. What will be most interesting is to see how it affects the shows. The premise of the game is contestants will pick members of the roster and will get points based on interview time, matches and match outcomes. If it’s like the WWE game, the roster will be split into different levels for a wrestler’s standing within the company with each level being a different point value. The contestant will only have so many points to pick the best roster they can. This will keep contestants from loading their rosters with only main event talent. I’m curious to see if Hulk Hogan and Eric Bischoff will be available to be chosen and then to see where they stand in the weekly rankings once the game starts.

When the game starts and the rosters are picked, will TNA creative decide to mix things up and start pushing new talent while de-pushing guys who have been the focus of the company for the past several months. Or will we get a lot of the same old same old which means most contestant’s rosters will consist of Sting, Kurt Angle, Jeff Jarrett, Beer Money, AJ Styles and Mr. Anderson?
I think this is a good move by TNA and if promoted properly could help TNA attract some new viewers. Let’s hope the game lasts longer than most TNA decisions. Whatever happened to the ranking system, by the way?

Okay, I better stop now before I start throwing more jabs at TNA. This was meant to be positive.