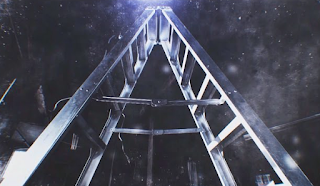 By Kevin Hunsperger
@kevinhunsperger & @my123cents on TwitterListen to the podcast
Follow my blog with Bloglovin
The very first time the Legacy Title was on the line it was in a ladder match. It happened in Pinckneyville, Illinois when Jerry Travelstead beat Tony Flood in the tournament finals. Now, nearly two years later the belt is on the line again, in a ladder match and in the same exact place, Community Consolidated School District 204. 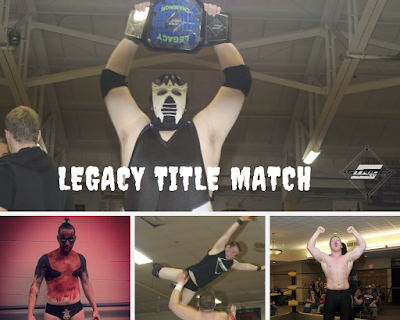 This time, Wraith faces three men; Arron Brooks, Jay Spade and Wraith's sidekick Ryzer. All four men have had issues with one another all summer long. It all started after Brooks won the number one contendership for the belt at Stride Goes Steel. Spade and Ryzer started an issue not long after that. In fact, Ryzer prevented Spade from regaining the Stride Pro Wrestling Heavyweight Title from Tony Flood. So now, GM Sam Hunter is forcing all four guys to work out their differences in a match that has the potential to steal the show Saturday night.

I don't think I'm speaking out of turn, but I believe this is the first ladder match for all four men, at least here in Stride. That I know for sure. We've seen Ryzer, Brooks and Spade all climb that top rope and even scale the cage at Stride Goes Steel. There's no fear factor among anyone involved here. Plus, each man wants a piece of the championship pie. Ryzer and Brooks have never held gold here while Spade has been a tag team champion in addition to the Heavyweight champion.

What I'm looking forward to seeing is how Ryzer and Wraith work together. Ryzer has been a flunkie of sorts for Wraith since they paired up in March. He's a huge factor as to why Wraith still holds the Legacy Title. Case in point, the video above. Will Ryzer still help Wraith win no matter what, or could he have an appetite for gold? And what personality will Brooks bring to the ring with him that night? 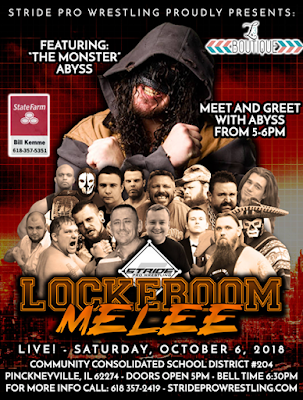 Find out this Saturday night. CCSD 204 in Pinckneyville is the place to be. Bell time is 6:30 (come early for a meet and greet with Impact Wrestling Hall of Fame inductee Abyss) Learn more here.

Posted by Kevin Hunsperger at 2:39 PM