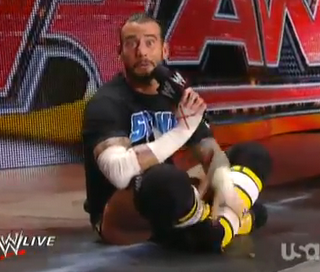 First and foremost, I want to thank Dave Lagana (@Lagana on Twitter) for the inspiration of this post.  On his most recent I Want Wrestling podcast, Dave made a great point about CM Punk and the connections being made to "Stone Cold" Steve Austin.

It's something that we've written about before, and that is giving CM Punk's character more time to blossom and develop.  But until Dave mentioned it, I hadn't thought much more about it.  The whole "Austin 3:16" speech took place at the King of the Ring in 1996.  That would have been June of that year. Austin didn't win the Intercontinental title until the following year at SummerSlam 97, and wasn't the world champion until Wrestlemania 14 in March 1998. 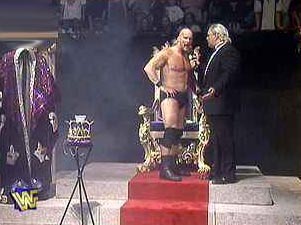 The WWE gave the character time to grow and catch on with the fans.  They let Austin simmer.  While he wasn't on the back burner so to speak, he wasn't in the title picture either.  With Punk, they had a good thing going.  Chad and I have written about it already, so I won't bore you again with all the details, but the WWE so could have held this title vs. title match until Survivor Series.

It's fair to say I think that the night Punk hijacked the end of Raw and got his mic cut was his "Austin 3:16" moment.  And I know it's not fair to compare the two superstars, but really there are a lot of similarities in the characters.  They're both anti-authority.  They were both heels facing popular babyfaces and then ended up getting cheered themselves.

So can the WWE fix this, or is this program broken?  I think it depends on how they proceed Sunday.  If they do some incarnation of the "screw job", then we're all screwed.  If Triple H announces Punk as the "corporate champ", we're screwed.  If Alberto Del Rio gets involved and cashes in, we're screwed.

Long story short, I guess I know how I DON'T want to see things go on Sunday, but can I offer up any better alternatives?  Not really.  At least not now as I write this, as I could see any of the above three scenarios happening.  I think at this point, they have to keep the title on Punk.  Anything less than that would likely kill any buildup his character had experienced in the last couple of months.

Of course in this era of wrestling, everything is sped up.  Before SummerSlam is off the air, they'll be directing our attention to Night of Champions, which is just 35 days later.  Then we're slammed with two pay per views in October.  It's a never ending cycle and me complaining about it isn't going to fix anything, but at least I feel better.

It may be too late to salvage the CM Punk angle, I just hope the next time the WWE comes up with a storyline as compelling as this one was at first, they give it time to simmer.  But hey, I'm just a loyal fan for the last 28 years, what do I know?