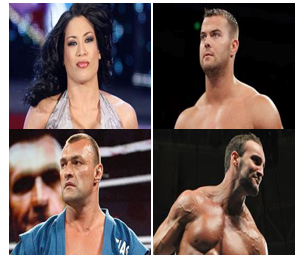 It's that time of year again and the WWE is doing some house cleaning.  So far I have read that 3 Superstars and a Diva have been released from the company.  Melina, David Hart Smith, Vladamir Koslov, and Chris Masters have all been future endeavoured.  There is talk that Gail Kim has asked for her release, but that information has not been reported by the WWE at this point. 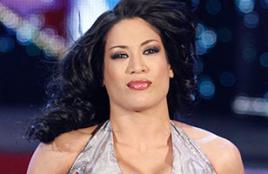 Of the four releases so far, I'm most surprised by that of Melina.  While the company wasn't exactly using her, I felt like Melina was one of the most talented Divas on the roster.  She held the championship on several occasions and had several high profile feuds during her run.  Melina may not have been my favorite Diva, but I did enjoy her work.  And quite honestly it's a division that can not afford to lose someone with her talent.  It's a bit ironic I believe because today WWE's website has her profiled in the Diva Focus section.

I also wonder what this means for the future of John Morrison.  He and Melina are a real life couple.  We've seen couples split before by a termination.  I hope they're able to work on their relationship, but more selfishly, I hope the WWE doesn't release him.  John is in my opinion one of those guys who is on the verge of breaking out big time and heading to the main event.  I would think if she's interested in staying in the business, Impact Wrestling would love to add her to their program. 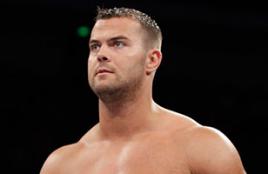 The release I'm most disappointed about is DH Smith.  I really thought he had a lot of potential and a future in the WWE.  Of course he's still very young and will likely come back to the company at some point.  I think something that may have played against him is the fact that he's a 3rd generation superstar.  I would imagine that adds a lot of pressure to a wrestler.  While he was still a far cry from his famous uncle and father, DH showed that he could work.  I still maintain the WWE splitting up the Hart Dynasty was a huge mistake by the company.  They were the best tag team (and one of the only ones) at the time. 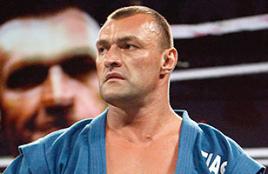 Vladamir Koslov had gone from a monster heel who went over the Undertaker and World title contender to entering a feud based on dancing with JTG on NXT ( a show that only airs online)  The former WWE tag team champion floundered in the midcard and went downhill fast.  I thought the writing was on the wall for him when he was jumped by the Corre at Wrestlemania Axxess and removed from the 8 man tag match 24 hours before the show.  Koslov is another one I thought had potential, but when they turned him face and teamed him with Santino they killed any chances of him being that monster the WWE so desperately needed. 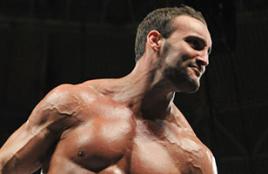 Chris Masters has been released before.  Maybe he'll be back.  It's ironic as he just appeared in the last episode of Z Long Island Story, challenging Zack Ryder for the Internet Championship.  He's been used on Superstars (another online only show) and it's not a big surprise he got cut. 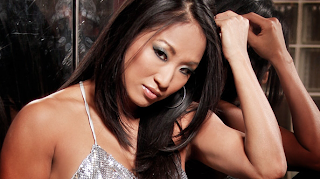 Gail Kim is without a doubt the most wasted Diva on the roster, maybe even in the company's history.  It's a shame too, because there was so much anticipation when she left TNA to go back to the WWE.  Things fizzled fast and at one point she was reduced to a non wrestling feud with the Bellas over the affections of Daniel Bryan.

All in all, disappointed by these moves.  I'm sure it's a case of "creative has nothing for you", which is a cop out.  I'm sure most of these Superstars and Divas will end up in other companies, some may even end up back in the WWE in the future.  Not that they're likely reading, but good luck to all.
Posted by Kevin Hunsperger at 3:29 PM