Instead of Garvin, how about Windham

In 1986, Magnum TA was a star on the rise. Most wrestling fans thought he was a sure pick to beat Ric Flair for the NWA World Heavyweight Championship. I was among those who thought Terry Allen was next in line to 'be the man.' However, a tragic car accident in October of that year nearly cost TA his life. His career in the ring did come to an end.

Obviously, I don't know what the backstage plans were, but it seemed like, besides Magnum, Dusty Rhodes was the only other top babyface contender for the championship. He and Flair had traded the belt earlier in the summer. I had fully expected Magnum to pick up the win sometime in 1987.

It felt like Crockett was struggling for a hero not only to replace Magnum TA but also to not fall back on Dusty again. Nikita Koloff seemed to be that guy as he united with Rhodes and fought in Magnum's honor. But by fall of 1987, Ronnie Garvin was deemed the heir apparent and beat Flair for the championship. I liked "Hands of Stone", but he never struck me as a world champion material, especially in the Ric Flair era.

However, Barry Windham is one of the all-time greats to never win the NWA (or WWE) Heavyweight Championships. I'd been a fan of Windham's since his Florida days and right before his first run in WWF where he and Mike Rotunda won the WWF tag team titles. It was that experience and his overall look and work in the ring that always made me think Windham should have been considered for the run Garvin had.

At the same time period, Windham was toiling on the mid-card and defending the Western States Heritage Championship. Remember that title? He eventually dropped that to Larry Zybszko and then pursued "Dr. Death" Steve Williams' UWF Heavyweight Championship.

However, Windham had the pedigree as a second generation wrestler. At that time I don't think he'd really been tested with Flair, but the two would have some classic matches prior to Barry joining the Four Horsemen in 1988. Still, a run as NWA Heavyweight Champion was on my shortlist of 'wants' when watching pro wrestling back in the day.

What are your thoughts? Let me know here or head over to the My 1-2-3 Cents Facebook page and weigh in.

Previous 'Instead of' blogs
Instead of Diesel, how about Bulldog? 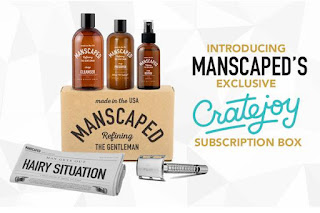 Click the pic to shop
Posted by Kevin Hunsperger at 6:42 AM