Instead of Hart, how about Von Erich 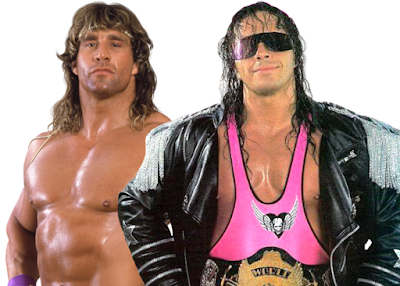 I suspect this will not be a popular post among some. It's part of my series of blogs looking at championship scenarios involving other Superstars. In no way am I saying Bret Hart should have never won the WWE Championship. I'm just offering an alternative. That being said, I should also mention that Kerry Von Erich is one of the first pro wrestlers I ever saw on TV and I credit him for hooking me as a lifelong fan. 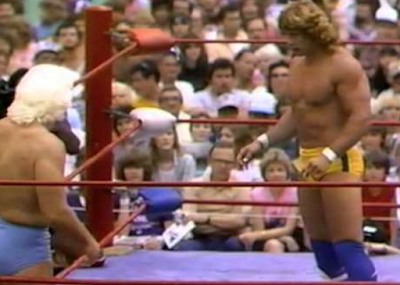 Okay, now that the disclosures are out of the way, let's dig into this scenario... Of course for this to have worked, I'm basing it on Kerry being clean and sober and free of any demons. He had beaten Ric Flair in 1984 for the NWA Title. Repeating the act with the WWE Championship n 1992 would have been amazing. Kerry had the look for sure to be one of WWE's top guys. His mic skills weren't the greatest, but his work in the ring would have more than made up for that while developing his promo abilities.

Kerry could have lead the way for years to come. He was just 32 years old during this era of wrestling. Imagine him winning the gold and going on to face Yokozuna at WrestleMania IX. Of course I would have loved for him to retain and go on to face Bret Hart at the next year's WrestleMania X and that's where Hart begins his run as champ. But I also don't think I would have avoided Yokozuna as WWE Champion all together. This also would change the return of Hulkamania and him winning the belt before heading to WCW.

For the sake of this plan, lets remove Hogan from the equation. I wasn't a fan of how that all went down anyway and for him to drop the belt back to Yokozuna anyway seemed kinda silly to me to have ever had Bret lose it. So Kerry loses to Yokozuna at WrestleMania XI. Yokozuna drops it back to him at SummerSlam. Kerry goes on to feud with "The Narcassist" Lex Luger, who co-wins the Royal Rumble with Hart. (There's no need for the All American gimmick and I liked heel Lex better anyway.)

WrestleMania X would still feature Bret vs. Owen and Kerry vs. Luger, with Kerry retaining and later going on to lose to Hart. Then Hart could have had a solid run through the rest of 1994. I previously wrote about putting the belt on Bulldog instead of Diesel. That could mesh in here, with Bulldog turning on Bret earlier than he did or simply having Bret vs. Shawn Michaels a year earlier at WrestleMania  XI and getting that rivilary off the ground.

Yes, hindsight is 20/20. There are plenty of things I've proposed that wouldn't have worked. Vince McMahon allegedly isn't a fan of face vs. face matches, so I'd imagine Kerry vs. Bret at WrestleMania would have been a hard sell anyway. However, I think this would have been a phenomonal match and a great way to book one of my all-time favorites. 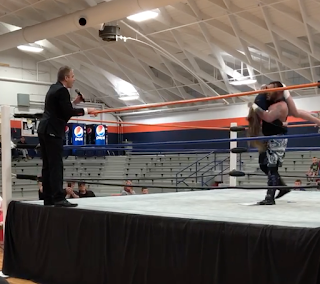 Posted by Kevin Hunsperger at 12:54 PM