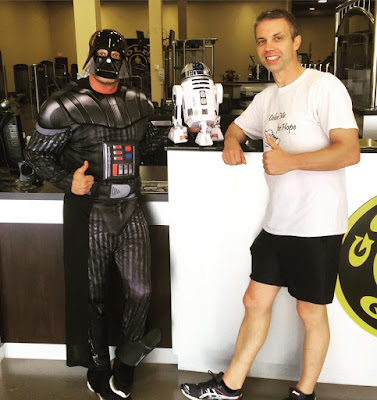 When I was a kid I was introduced to Star Wars. I saw A New Hope and Empire Strikes Back at the drive-in shortly after Empire was released. I'd seen A New Hope at the theater years earlier. With the movies of course came a variety of action figures and other toys. I have no idea how many Star Wars related things I had growing up, but I sold them all for my other obsession, pro wrestling and going to WrestleMania each year.

Speaking of pro wrestling, my friend Heath Hatton is not only a master in the ring, he's one of the biggest Star Wars fans I've ever met. He's incorporated some of his wrestling gear to reflect that affection for the film franchise. We've even had a Stride Pro Wrestling show or two dedicated to Star Wars.


A couple years ago Hatton and I teamed up for a video project for a family surprising their son with a Disney cruise that, of course, has a Star Wars theme. Two grown men made their way around a local gym acting out scenes. 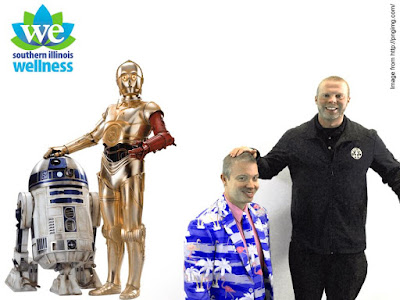 I'd like to think of us as Han Solo and Chewbacca. But we're probably more like R2D2 and C3PO in our level of nerdiness. However, Hatton does pull off the cool, confident renegade Solo. But probably fancies himself more after the ultimate babyface, Luke Skywalker. Realistically, I'm probably more of the Jar-Jar Binks of Stride Pro Wrestling than any other character from a galaxy far, far away. 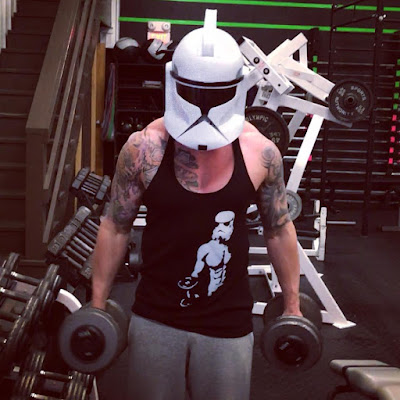 Come see Hatton and your other favorites for Cinco De Strideo on May 5. We're at Carterville Junior High School. Bell time is 6:30 p.m.

Posted by Kevin Hunsperger at 7:00 AM

Email ThisBlogThis!Share to TwitterShare to FacebookShare to Pinterest
Labels: Geek, Heath Hatton, Jar Jar Binks, Kevin Hunsperger, May The 4th Be With You, May the Force Be With You, Pro Wrestling, Star Wars, STRIDE Pro Wrestling