My wrestling goals for 2018

It's a new year and I'm still feeling inspired and ready to build the My 1-2-3 Cents brand (along with Kevin Hunsblogger and Crafbeericans). To do that, I'm going public with some goals and hopefully together we can hit some of these. 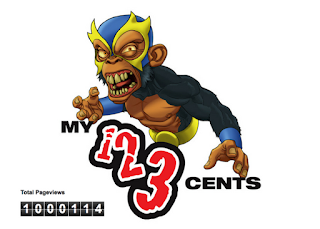 The My 1-2-3 Cents podcast is going strong and has been on each week on the Jittery Monkey Podcasting Network since December 2014. I love doing the show, but I feel like I've fallen flat. So if you listen, I'd love your feedback. And if you don't listen, why not and what do you want to hear on the show? I still have a bucket list of having Ric Flair on the show.

In mid-2017 I became a sponsored athlete for COLLARxELBOW brand. Yes, it's weird for me to say that, but they do allow fans/podcast hosts to be a part of the company. There's a line of pro wrestling t-shirts, hats and other merchandise. When you use the promo code MY123CENTS you'll save 10 percent on each purchase.

COLLARxELBOW makes it easy to sell items. But for a long time now I've wanted to create and sell my own shirts on Pro Wrestling Tees. I have a few design ideas in mind. It's now a matter of saving up to pay for the artwork to proceed. Hopefully, by mid-2018 you'll see a new line of My 1-2-3 Cents t-shirts.

I want to watch more wrestling. But as you can imagine trying to network and build brands there's not much down time for TV watching. That's part of the reason I'm skimming through Raw and SmackDown Live these days. I'd love to be able to take a few road trips to see live indy shows too. Stride Pro Wrestling has a busy first quarter and I'm looking forward to being a part of that action. As a ring announcer for that company, I'd also love to improve my performance. Give me your feedback here.

And finally, I'd like to make some public appearances under the My 1-2-3 Cents banner. Ideas including hosting one of the big four WWE events at a restaurant or attending Cape Comic Con as a vendor of sorts. I'd love to host a wrestling and beer event similar to the one Dynamo Pro Wrestling, 4Hands Brewing and Strange Donuts did in St. Louis last year. I've had some talks with key people, but nothing is in place... yet.

Again, thank you for being a part of this journey for the last seven-plus years. I'm really looking forward to 2018.

Posted by Kevin Hunsperger at 3:37 PM