Reportedly, there's a new sheriff in town.  Well, in Impact Wrestling.  And he's not so much a sheriff as he is a writer.  The head writer.  Bruce Prichard has taken over for Vince Russo.  At least that's what's being reported by several wrestling websites.  I doubt Impact Wrestling will directly acknowledge this, as many times bookers and writers aren't talked about much.

For those who don't know Prichard was once in the WWE.  He worked both on air as Brother Love and behind the scenes as a part of creative.  In the late 1980's, Brother Love was one of my favorite characters in wrestling.  He was an obnoxious, televangelist who conducted interviews during Superstars each week.  The character I think was created at the time when Jim Bakker and Jimmy Swaggart were falling from grace.  Prichard played the role beautiful, as he became what I saw as the best replacement for Piper's Pit.  (I never really liked the Body Shop or the Snake Pit.)

Love would be responsible for bringing the Undertaker to the WWF.  He managed the big man briefly until Paul Bearer "bought" Taker's contract.  Love would disappear from TV,  after an attack by the Ultimate Warrior.  And I never realized this, but he apparently left the company for a couple of years before returning as a couple of different characters.  Then he went into a backstage role as a producer and writer.   The Brother Love character returned to TV on several occasions and he even "wrestled" in the Gimmick Battle Royal at Wrestlemania 17.

Prichard and the WWE parted ways again in 2008.  In 2010, he was hired by TNA.  He was a producer and helped backstage initially.  Then he became the company's Vice President of Talent Relations.  I'm guessing he's the John Laurinaitis of Impact Wrestling.  Now of course he's seemingly taken over as the head writer for the company too. 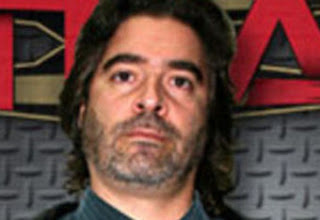 That means Vince Russo is out.  Chad has documented his feelings for Russo in a blog about the former WWE and WCW writer's book.  I echo Chad's thoughts.  In Russo's own words he calls wrestling fake. That rubs me the wrong way.  He also questions the fans' passion for the business.  It has amazed me that he was in the position with TNA as long as he was.

So with Russo out, and Prichard seemingly in, what does that mean for Impact Wrestling and its fans?  Will things get better?  I know that Hulk Hogan and Eric Bischoff have apparently re-signed with the company.  How much influence will they have on Prichard?

TNA's biggest pay per view of the year, Bound for Glory is coming up soon.  Many fans are banking on Robert Roode winning the title from Kurt Angle. If this happens, it could potentially be the spring board for something big for TNA.  Before I pass judgment or make an assumption, I'll wait and see how this PPV goes.  But in all honesty, I've read some unfavorable things about Prichard.  He plays favorites backstage and likes to pit guys against one another.  I hope these are fabrications, because I'd really like to see TNA or Impact Wrestling succeed.  I've always believed that competition makes everyone better, but right now the WWE is still king. 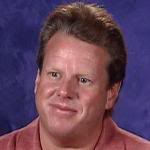 So while I Loooooovvvvvveeeeee the Brother Love character, it's too early to tell if I'll love Bruce Prichard the head honcho.  We'll have to wait and see.  Personally, I think he needs to stay off TV.  I think that's been part of the problem through the years with Bischoff, Russo, and McMahon.  Too much ego.  They're more worried about getting themselves over than the talent.