June 8 is National Best Friends Day. Many of the friendships I have today were created from my ties to pro wrestling. Here's a look at some of those friendships through the years. 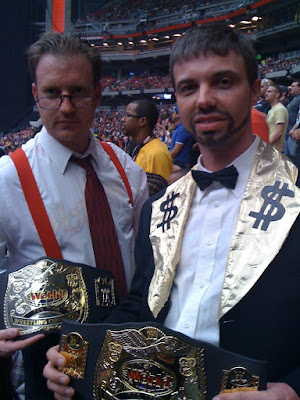 Chad Smart and I met in 2004 when I moved to southern Illinois. I've highlighted the WrestleMania trips we've been on since 2006. We've also attended Monday Night Raws, Ring of Honor shows, indy shows and Chikara Pro shows together. He's even been a part of a Pro Wrestling Collision show and traveled from California last summer to see a Stride Pro Wrestling show. Our fandom together was part of what lead to the My 1-2-3 Cents blog. He's also a frequent guest on the My 1-2-3 Cents podcast. We'll have another '6 Cents' episode soon. 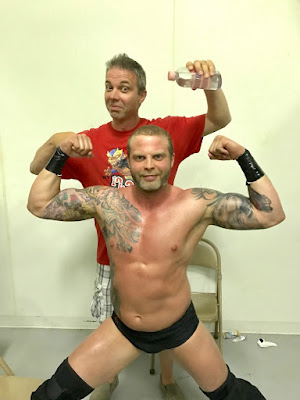 Heath Hatton first entered my life in 2010. He was a young upstart in indy wrestling and appeared on News 3 This Morning to promote a match he going to be in. During the interview, he called me Kevin Cheeseburger. It wasn't until the following year that we'd meet again in All American Pro Wrestling. Hatton was one of the most popular stars there and in Pro Wrestling Collision. Once those companies folded there was a break. We reconnected through mutual friends and then in 2016 when he started Stride Pro Wrestling, I was honored when he asked me to be the ring announcer for the company. More than two years later, the friendship remains strong and he put enough faith in me to get into the ring and wrestle. 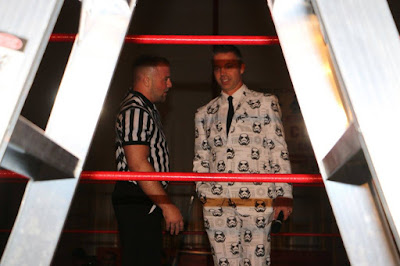 Lane Austin and I crossed paths in Stride Pro Wrestling. He is the promotion's senior referee. We've bonded outside the ring too, although some of my favorite memories are us chatting in between guys coming to the ring. He's been through a lot lately and I'm glad he's on the mend. I appreciate his love and respect for the business and getting the chance to catch up with him backstage or after a show at dinner is always a treat. 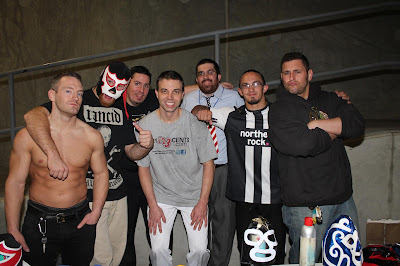 Chris Hagstrom brought me into the AAPW fold in 2011 when he became the executive producer for AAPW: Collision. The show aired bi-weekly on WSIL TV and online. I can't thank him enough for that opportunity and the traveling we did together. Adam Testa and Aaron Heller quickly entered the fold too as we coined the term "The Brain Trust" for the group. So many good times at Steak 'n Shake and on the air when we launched From the Rafters Radio. 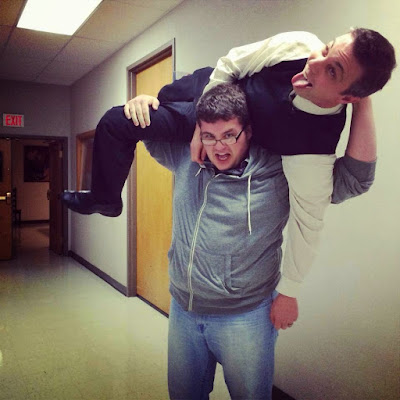 Weston White has been a traveling companion on more than one occasion for  WWE shows. In 2012, we went to the Royal Rumble together in St. Louis. My son went with us too. Then in 2017, we joined forces again at Money in the Bank (along with his FIL and members of the Stride roster). Weston whipped up on me in the newsroom (where we worked together) several times while he was here. From putting in me in the Sharpshooter to the Torture Rack, I have many fond memories of our time together. 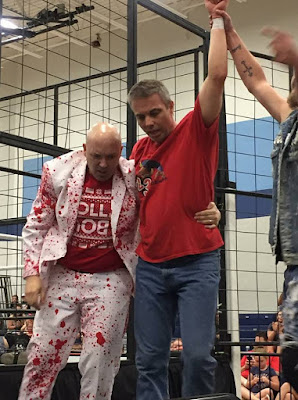 Last but not least, Tom Harness. We were friends before I exposed him to my world of pro wrestling. He has completely embraced it and even got involved in the action recently. He scaled the steel cage at Stride Goes Steel and whacked my opponent Roger Matheus with a broom. He withstood a chokeslam and power slam from the Mad Viking. I appreciate his willingness to go all in on something that I care so much about.

Thank you to all these men for joining me in my pro wrestling fandom. I have so many amazing memories and each of these guys has been a large part of my fandom.

Posted by Kevin Hunsperger at 7:56 PM