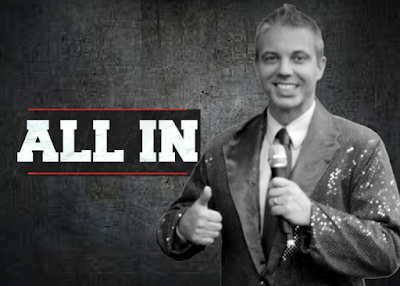 I know it's a long shot, believe me, I do. But one thing I've learned in life is you miss 100% of the shots you don't take. (Thanks Wayne Gretzky for that truth.) So I've decided to post a public plea to Cody Rhodes and his team involved with September's 'All In' event in Chicago. 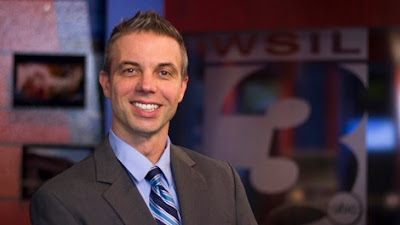 If a ring announcer hasn't been secured yet, I want to officially throw my name in the ring. I have more than 20 years of experience as a broadcast journalist. Fourteen of those years I've spent as the morning co-anchor at an ABC affiliate located in Illinois.

In 2011, I was hired to do play-by-play commentary for All American Pro Wrestling Collision. That show aired on the same ABC affiliate at which I still work, as well as on YouTube. The company changed names in 2013 to Pro Wrestling Collision and I continued my duties at the announce table through its short run.

After a nearly three-year hiatus from the pro wrestling scene, I returned to the business in 2016 as the ring announcer for Stride Pro Wrestling. It's a title I still hold. Here in Stride, I'm known for my over-the-top suits. My 'Bobby Heenan' jacket has been my trademark, however, I have several Opposuits/Shinesty suits that I wear, including Star Wars and a summer-time flamingo print. I will soon have a custom suit that I'll be wearing in the ring too.

I love and respect pro wrestling. I have been a fan since late 1982. I've been fortunate enough to serve indy wrestling as a referee and a guest manager. I have even been in the ring to compete on two different occasions. Again, I know this is a long shot, but I'd have more regret not making this plea than doing it and not hearing back or getting told no. Thanks for your consideration and good luck with the show. (PS: don't let my lack of photo editing skills influence your decision.)

Posted by Kevin Hunsperger at 8:38 AM