By Chad Smart & Kevin Hunsperger
@my123cents on Twitter
Chad wrote up his thoughts on the upcoming Survivor Series, I've decided to kill two birds with one stone and just add my thoughts to his blog.  Two for the price of one.
Chad: I didn’t finish my Series of Surviving because honestly, I got bored watching the shows. As I hinted at during the 1998 blog, I find the Attitude Era to be almost unwatchable now. And after seeing Steve Austin get ran over with a car in 1999, then reading about 2000 when Austin would get his revenge by dropping a car Triple H was in off a forklift, I just couldn’t take anymore. So instead of more recaps, I’m going to do a very brief prediction blog for the 2011 Survivor Series.
Kevin:  I've said it before, I'll say it again,  I miss the days of the traditional 5 on 5 or 4 on 4 matches.  It was something unique and provided some entertaining matches through the years. 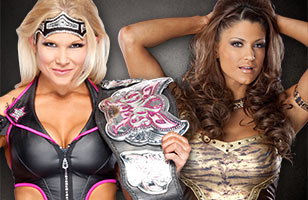 BETH PHOENIX VS. EVE
Chad: Didn’t we just see this match last month? Why can’t they have more than one person positioned to challenge for a title at a time? Instead we get months of the same challenger before that person either wins the title or falls to the bottom of the pack while someone else steps up. This match will be contested under Lumberjill rules. Guessing all the divas will help Eve while attacking Beth. I would have preferred to seen a handicap Survivor Series match with Beth and Nattie vs. Kelly Kelly, Eve, Alicia Fox, AJ and Kaitlyn. But WWE doesn’t ask for my thoughts. Beth Phoenix should retain the title and hold it probably until the Royal Rumble or Wrestlemania at which time Nattie will turn on Beth and start a feud for the Diva’s title.
Kevin: I agree with Chad's thoughts on the lack of vision of the Divas division.  Personally, they could have gone for a Divas elimination match here as well, but since they've released so many of their better Divas, we're stuck in this position.  I have no idea how Kharma is doing or if and when she'll return.  But I'd rather see her and Beth lock up at Mania. 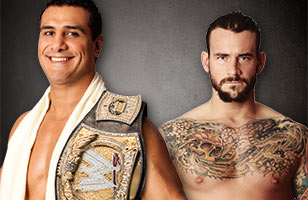 CM PUNK VS. ALBERTO DEL RIO
Chad: Still not on the Del Rio bandwagon and think Punk’s standing has fallen from where he was prior to Money in the Bank to where he was at the end of the Straight Edge Society breakup. This match could go either way. Given the way WWE has played hot potato with the WWE title I wouldn’t be surprised to see another title change here. Though CM Punk is on a four pay per view losing streak so he doesn’t pose much of a threat. Since Del Rio didn’t want to give him the match, and the less said about the progression of how the match came to be the better. Predicting this will end in either a DQ or no contest so we can get a rematch at TLC in December.
Kevin:  I'd like to see Punk win this one and hold the title until Wrestlemania, but in this world of quick title changes, I don't see that happening.  I was more on the Del Rio bandwagon about nine months ago.  I agree, he hasn't impressed me at all since winning the title, but I don't totally lay blame with him.  I feel like the WWE creative team has something against anyone other than John Cena or Randy Orton with the title.  The only other exception right now is Mark Henry.  Speaking of which....

MARK HENRY VS BIG SHOW
Chad: Once again, a match people paid $50 to see last month gets repackaged and put on the next show so fans can shell out another $50 to see the same match they saw a few weeks ago.   Hopefully the ring crew reinforced the ring this month so there’s no risk of it collapsing again.  Big Show has won the World Title at two Survivor Series events. In 1999 he beat Triple H and the Rock to win the title. Three years later in 2002 he defeated Brock Lesnar for the strap. Will history repeat itself? I would like to see Mark Henry make it to Wrestlemania with the title. But I could see him losing the title only to regain it a month or two later. Still, I think Henry will walk out of Madison Square Garden with the title in hand after inducting another member into the hall of pain.
Kevin:  Mark Henry HAS to retain the title at Survivor Series.  He's on an incredible roll right now and I think the Creative team has done an excellent job of washing off the stink of the Hand Baby, the Sammy incident, and the brief partnership with Hornswoggle.  Henry is the real deal, the best monster heel in the business today.  He's believable, and that's exactly what the WWE Universe needs right now.  We're not seeing it in Del Rio.  I like the idea of Henry retaining and going to Mania as champion too. 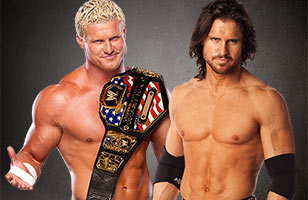 DOLPH ZIGGLER VS JOHN MORRISON
Chad: I don’t understand this match. Zack Ryder has been somewhat feuding with Dolph for the past couple months. The fans have jumped onto the Ryder Broski Bandwagon and have been signing an online petition to get Zack a US title shot. On the other hand, John Morrison, since returning from injury, has pretty much been nothing but a jobber to the stars. So who gets the title shot on pay per view? John Morrison. What? Unless there is some bigger picture here that I’m not seeing, this should be an extended squash for Dolph. I’d like to see Morrison get attacked backstage by Jack Swagger then have Ryder take Morrison’s place. But if I were a betting man, I’d put money on Ziggler to retain the title.
Kevin: I'm with Chad here, I don't understand all the build up for Zack Ryder only to have John Morrison get the shot.  While I don't necessarily think that Ryder is ready for a singles title run yet, I do think he's getting the shaft here.  Morrison's star has faded in my view too, with all the recent jobs.  Ziggler is probably my favorite heel on the roster right now, so yeah, I hope he retains.  I think 2012 there are bigger things coming for #Heel. 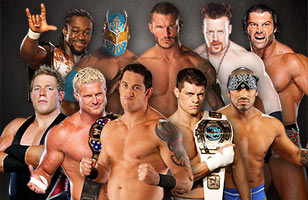 TEAM ORTON VS TEAM BARRETT
Chad:  If WWE wants to show how hip and pop culture savvy they are, they should get people standing in line to see Breaking Dawn to make team Orton or team Barrett predictions. Randy Orton has a solid track record of winning Survivor Series elimination matches. I’m going to say Cody Rhodes emerges as the sole survivor. Why? Why not.
Kevin: I'm happy we got a 5 on 5 match, even if it's only one.  But hey, it's something, right?  While Chad picks Rhodes, I'd like to see Ziggler not only retain the U.S. title, but win for his team too.  And while we're at it, win the Royal Rumble and face CM Punk for the title.  But I know I've put the horse before the cart.  I could see this one going either way, but as long as Orton isn't the sole Survivor, I'm pretty indifferent to the conclusion. 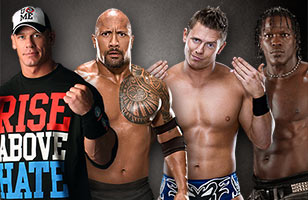 AWESOME TRUTH VS. THE PEOPLE’S CHAMPS
Chad: I’ll admit, I’m not the biggest Rock fan, nor have I been waiting for him to return to the ring. I think he’s a one-note act and that note has gotten stale already. I still don’t understand the reasoning behind this match. Why would Cena pick Rock to be his partner? Why would Rock accept? My prediction is Rock and Cena will have a breakdown in communication allowing Awesome Truth to get a fluke victory. After the match, Rock will give the Rock Bottom to the Miz while Cena gives an Attitude Adjustment to R-Truth. The show will end with Rock and Cena standing tall staring each other down while the crowd alternates between “Let’s go Rocky,” and “Cena Sucks” chants.
Kevin: I am a fan of the Rock's and I'm glad to see him back in the ring.  That being said though, I don't like the idea of someone who's been gone for so long coming in and making the up and coming talent look bad.  If the Rock was back to stay, that would be one thing.  But one year from now, will the WWE be better off?  I agree with Chad in that I think Awesome Truth will get some sort of fluke win and it will help further the tension between Rock and Cena.  I also don't understand the reasoning or logic behind the choice or why the WWE announced it months ago that the two would team up, but then act like it was a huge surprise.
There you have it, our predictions.  Chad is not too excited about it.  Kevin is mostly indifferent.  What are your thoughts?  Do you agree or disagree?  Are you excited?  Post your comments here, or like us on Facebook, follow us on Twitter, or make up a video response and post it on YouTube.
Posted by Kevin Hunsperger at 1:07 PM