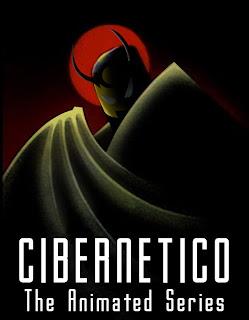 By Chad Smart
@chadsmart on Twitter
While we’ve spent the last two weeks previewing and hyping Chikara’s first Internet Pay Per View High Noon which takes place on November 13 and can be ordered at Go Fight Live.  Well, the night before High Noon, Chikara is set to hold their annual Cibernetico show. What is a Cibernetico you ask? Let me explain it to you.
Simply put Cibernetico is a classic Survivor Series match mixed with baseball. The match consists of two, eight member teams and is fought under elimination rules. Where the baseball element comes into play is unlike a normal match where team member can tag anyone else on their team at any time, in the Cibernetico the teams have a batting order and a wrestler can only tag in the wrestler that follows in the lineup. This leads to strategy being employed by the team captains by trying to organize their teams with the best tag order to counter the other team. It’s also a way for a Rudo captain to try and surround himself in the depth of the lineup to avoid his Technico counterpart. I just said strategy is important in a wrestling match. What a novel concept.
One other difference between a Survivor Series match is there can only be one winner. If one team is completely eliminated and the winning team still has multiple members remaining, those wrestlers have to continue fighting until only one remains. Not sure why the need for the Highlander clause, but it’s there.
This year’s Cibernetico is the 8th annual event. Not sure what the reasoning is, but the last 5 events have all been titled after Batman movies or TV shows. It started with Cibernetico Forever and was followed with Cibernetico and Robin, Cibernetico Begins,  and last year’s Dark Cibernetico. This year’s show is titled Cibernetico: The Animated Series.
The only recent event to not feature a Batman themed name was the 2009 event Cibernetico Increible. That Cibernetico match differed from the typical Cibernetico match in that instead of having two teams consisting of feuding wrestlers, eight tag teams were split up and pitted against each other. While the match was good as one would expect with a Chikara match, without having a scorecard in front of you with a listing of the teams, watching the match on DVD it was difficult to keep track of who was on which team.

It will be interesting to see what, if any, effect the Cibernetico has on High Noon. There are three matches from High Noon represented in the lineup for the Cibernetico teams. The technico team is captained by Hallowicked and filled out with Ultramantis Black, Dasher Hatfield, Sugar Dunkerton, Green Ant, The Young Bucks and Sara Del Rey. The Rudo team counters with Captain Tim Donst picking his BDK stable mates, Ares, Delirious, Jakob Hammermeier and Tursas. Then rounding out the team with the Batiri (Obariyon, Kodama and Kobald). It is possible, and most likely, we’ll get some sort of preview of Hallowicked/Ultramantis vs. Donst/Ares, Green Ant/Tursas and Del Rey/Hammermeir at some point during the match.
One of the aspects I greatly enjoy about the Cibernetico matches is the fact the two teams are not teams thrown together for the sake of having eight guys on a team. If you go back and examine the events of Chikara shows throughout the year, the groundwork is laid throughout the year. I don’t know if an entire Chikara season is planned out in advance or if certain aspects are penciled in, maybe it’s just dumb luck. Whatever the case, Chikara has the best long term booking of any wrestling promotion I follow. Because of this planning, matches like the Cibernetico have an extra level of importance and excitement.
I’m going to go out on a limb and make a far-fetched prediction for Cibernetico: The Animated Series.  Given how I feel the weakest match on the High Noon card is Sara Del Rey vs. Jakob Hammermeier due to anticipating Sara unleashing a beating of epic proportions not seen before in Chikara. Because of that, I’m predicting Jakob to pull the upset victory in the Cibernetico. I’m probably way off, but that’s what makes Chikara so much fun, very little is predictable. Anything can happen isn’t just a slogan tossed around.  It’s the truth.
Cibernetico: The Animated series takes place Saturday night, but don’t forget about High Noon on Sunday. Available at Go Fight Live TV for only $15. If you’re still undecided about ordering it, think of it this way; even if for some highly unlikely reason you’re not satisfied with the show you’re still sending a message that you want something different than the standard wrestling product that has become stale and boring. And if you don’t like the show, I don’t think you’re really a wrestling fan.
We’ll have updates and instant thoughts on the My123Cents Facebook and Twitter pages. You can also check out their website for information about upcoming shows including Joshi Mania in December.
Posted by Kevin Hunsperger at 2:11 PM