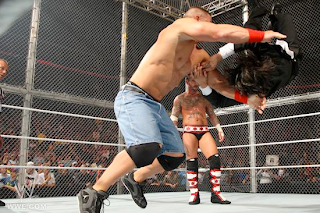 Sunday is the next WWE Pay Per View.  This time, it's Hell in a Cell.  You might be asking, wasn't there just a PPV two weeks ago?  Yes, yes there was.  And so far, three of the four announced matches were on that event.  Technically not all three of them, but John Cena, CM Punk, and Alberto Del Rio are all connected from Summer Slam more so than Night of Champions.  Instead of predictions, this is more of my Wish List or What I Think Will Happen list. (Also, keep in mind I haven't read any spoilers for SmackDown!) 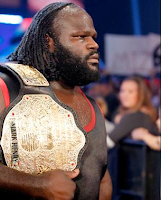 As of this posting, Wednesday 9/29/11, Mark Henry will defend the world heavyweight title in the Hell in a Cell against Randy Orton.  I'm pretty sure this will be Henry's first time in the cage.  Orton has been in a few, including against John Cena, Sheamus, and the Undertaker himself.  I really hope Henry's push continues and he goes over Orton in this match.  I feel like (and lots of other fans do too) that there's more money to be made out of Orton being the challenger, rather than the champion. Plus, I really don't want to see another title change, since the championship has been passed around like a hot potato (keeping it PG). If Henry wins, that would prime him for a championship program against Sheamus. 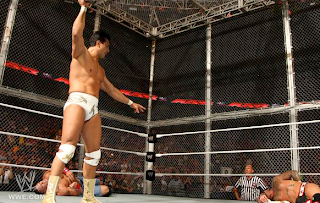 John Cena will also defend the WWE title in the first ever 3 Way Hell in a Cell match.  I don't know where to begin with this one.  I'm not sure what the point was of having ADR lose the belt in the first place.  I think he'll end up winning the event.  Cena and Punk will cancel one another out.  They're the two big dogs in this match, and ADR has kind of been flying under the radar.  Although the former champ did make quite the impact Monday night.  There's all kind of talk about Del Rio holding the title when the WWE visits Mexico soon, so I'm also basing my guess on that. 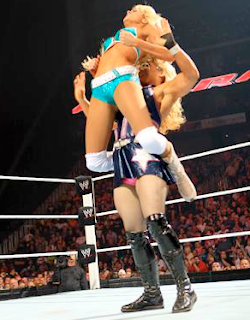 I'm hoping the third time is a charm as Beth Phoenix challenges Kelly Kelly one more time.  Kelly has come a long way from her days with Extreme Expose.  I enjoy her work and find her to be the most beautiful of the Divas.  But I feel like Beth Phoenix and Natalya are exactly what the division needs.  They've both picked up where Kharma left off.  Plus I still like the scenario I wrote about a couple of months ago with Beth winning the Divas title and leading up to a one on one with Kharma at Wrestlemania.  Here's the link to that in case you missed it.

If for some reason Beth doesn't win on Sunday, I think her chances are over for now.  I could see Kelly entering into a program with Natalya then and defending.  I want to see more of the Divas getting involved here too.  Most of the time, it's a four woman show (admittedly, I haven't seen SmackDown in a few weeks, so I might be wrong)  I'm just hoping the WWE hasn't written Kharma off and she does come back once her baby is here and she's ready to be on the road again.  And I know Gail Kim says she quit, but I think she's still technically with the company.  Let's get her back in the ring too. 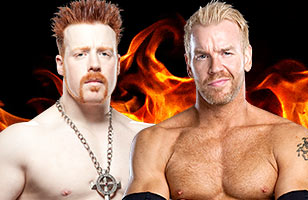 So far the only other match announced is Sheamus vs. Christian.  I like both these guys, but I do enjoy Christian more.  However, I think he's going to slowly slip back into that upper mid-card status once again.  I look for him to put Sheamus over and hopefully Henry goes over Orton and we get a rekindled feud between the two big men.  It looked almost like there's a hint of Christian joining forces with some of the other "mistreated" talent from Raw, so I'll be curious to see where he's headed.  I would almost bet after Sunday's loss, he'll be talking more conspiracy theories.

For more thoughts on Hell in a Cell and a quick history lesson, check out my latest video.