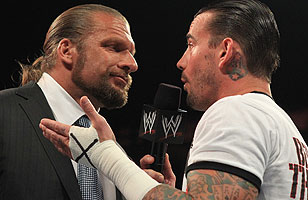 By Kevin Hunsperger
@kevinhunsperger on Twitter
Photos from WWE

Watching the 9/12/11 episode of Raw and the war of words between Triple H and CM Punk got me to thinking.  Punk made a reference to guys who aren't body builders get overlooked.  On the surface, that statement seems to make a lot of sense.  Look at the current roster, most of the guys are well built, borderline meat heads.  I don't say that to be insulting, but there is a stereotype in place here.

Here are the last 10 WWE champions, according to WWE.com. 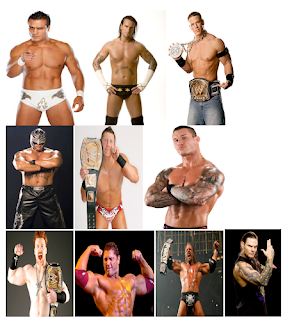 While all 10 of these guys are in great shape, I would classify half of them into that "bodybuilder" stereotype that Punk referred to. (Cena, HHH, Sheamus, Orton, and Batista.)  Is that enough to support Punk's theory?  My opinion, he has a damn good point.

This part I'm just doing off the top of my head, with the exception of the Mankind, Big Show, Sgt. Slaughter, and Yokozuna, have there been any "out of shape" world champions in the WWE?  Think back 20 years, it was Hulk Hogan, the Ultimate Warrior, Macho Man Randy Savage.

Will someone like Husky Harris get a second look?  What about Brodus Clay?  Clearly these guys aren't bodybuilders, and it's fair to say they don't look like your typical wrestler.  But does that automatically mean they get overlooked?  How much of the total package is considered, not just by the creative team, but by the fans?  After all, as Triple H said, we are the ultimate decider of who gets over, right? 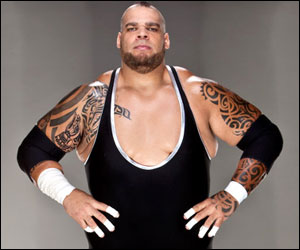 I just looked over the current active roster on WWE.com.  And I'm not picking on Brodus, but he's really the only guy on there that doesn't fit the stereotypical mold.  It's a similar situation over in Impact Wrestling.  Even today's jobber types like Zack Ryder, Curtis Hawkins, and Tyler Rekks are buff. Remember S.D. Jones, Rene Goulet, and Rusty Brooks?  It's tough being a modern day superstar.

So what do you think?  Are the bodybuilder types the only ones getting a push in WWE?   Will we ever see another heavy, heavyweight champion?  Post your thoughts here or on Facebook or Twitter.
Posted by Kevin Hunsperger at 1:30 PM