Why I Can't Care 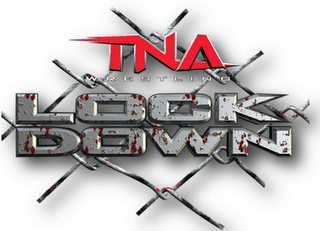 Before I get into the Lockdown pseudo review, lets see how I did with my predictions.  I’m going to say I picked Sting to retain, even though I joked about Jeff Hardy winning the match, which makes my final standing 2-6 for the show. I don’t know if that means TNA did a good job of booking an unpredictable show or if a lot of their outcomes didn’t make sense in the grand scheme of things.
I watched the show on a delay due to attending a Rod Stewart/Stevie Nicks concert at the time Lockdown was live. Maybe the late viewing led me to be less interested in the show.  As with most of my TNA rants, I don’t want to bash the show or company for the sake of bashing them. I want to see the company succeed. There’s just something missing that prevents me from getting emotionally invested in any TNA show.
I should state at the start that Lockdown is one of my least favorite pay per view concepts. The idea of all matches being held inside a steel cage is ridiculous. Maybe I’m old fashioned, but cage matches should be the end to a heated feud not the basis for guys being thrown into a match for the sake of having a match.  Not to mention last year’s show featured a Street Fight Falls Count Anywhere match. So it’s a cage match, yet falls could happen anywhere in the building. Seriously, it’s not bad enough someone comes up with these inane ideas, but the fact no one stops them from being put on air.
Anyway. Onto the Show.  Overall I don’t think the show was terrible. It was more a show that was just there. The only real negative comments I can make are as follows.
If Mickie James is injured and can’t wrestle, why put her in a match? Do an injury angle backstage and either add another match to make up for not having a Knockout Title match, or have Madison Rayne fight someone else, retain the title and try to do the match with Mickie at the next pay per view. What happens now if Mickie isn’t healed by the next pay per view? Will she be stripped of the title, or will she lose in another non-match? This is where TNA’s schedule of taping a month worth of shows in a few days hurts the overall product.
After the Matt Morgan/Hernandez match, Sarita and Rosita insulted the crowd leading to Velvet Sky coming in and running them out of the cage. Why couldn’t the Knockout Tag Champions have handled one person? I don’t get it. The whole segment felt forced and was just an excuse to get Velvet Sky on the show. Couldn’t they have done something to further the story with Angelina Love and Winter? Or, I don’t know, booked Velvet into a match?
The ending of the Kurt Angle and Jeff Jarrett match was trademark TNA overbooking at it’s finest.  I’ve been following TNA since day one and I have yet to figure out the reasoning as to why 95% of their main event levels matches have to end with interference, foreign objects or other shenanigans. What’s wrong with one guy simply beating the other guy?
Why does every Lethal Lockdown match have people on top of the cage? It’s like TNA saw the Hell in the Cell matches and figured because WWE has Superstars escape the cage and climb to the top their wrestlers need to do the same thing. That annoys me for two reasons. One, as a fan of the Wargames match, there was never a Wargames where guys ended up on top of the cage so it is possible to have a good match without resorting to unnecessary dangerous stunts. Two, TNA needs to stop emulating WWE. Forge your own identity.
Outside of those criticisms, I found the show to be uninteresting. Samoa Joe/Pope, Hernandez/Morgan, the 4-way tag, and the X-Scape match didn’t have the build ups to make me care about the matches. Angle/Jarrett was good and Angle was his crazy insane self, but the ending makes me think the feud isn’t over with and I don’t care about the stupid love triangle. Until I typed the period in the last sentence I had forgotten about the Anderson/RVD/Sting match. That match was for the TNA title. I don’t know if that says more about my faulty memory or the interest in the title scene given the current participants. Lethal Lockdown was fine for what it was. Overall, not a terrible show by any means, but also not a show worth going out of your way to see.
Someone help me out here. Am I the only person who feels there are no stand out personalities in TNA? They have a roster full of entertaining wrestlers who, when given the chance, can put on an entertaining match. However when I watch Impact or a PPV, I don’t care about any of the stories being told and therefore I don’t care about the matches. Then when matches are short or loaded with outside interference, I really don’t care about them. It has more to do with the booking than the actual participants. At the recent PWG show, there was a match between Willie Mack and Roderick Strong. I’d only seen Willie once before so didn’t have an opinion of him. In my opinion, Roderick Strong makes Dean Malenko look like The Rock when it comes to charisma. Needless to say at the start of the match I didn’t have high hopes of enjoyment. By the end of the match I told my friend that was match of the night. Two guys who got to go out showcase their talents and have a straight forward match that got the crowd involved. TNA really needs to learn how to get talent over with the audience. More importantly, TNA needs to get talent not named Hulk Hogan or Eric Bischoff over.


There’s my in depth, highly informative review of TNA Lockdown. Why don’t I get paid for this? Seriously though, follow us on Twitter @my123cents, Like us on Facebook, watch Kevin’s videos on YouTube and remember, No catchphrases needed.
Posted by Kevin Hunsperger at 4:23 PM