This is Why I Don't Work for WWE 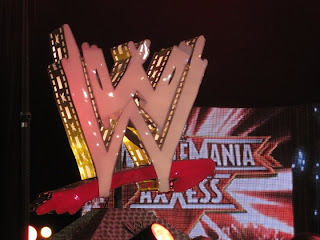 Before I get into the topic of the day, I must correct something I wrote about a few weeks ago. In my post "The Champ is Where?" I said The Miz was missing from a promotional video for SummerSlam. I was at Staples Center a couple weeks ago for the last Los Angeles Clippers game of the season and saw the video again. I don’t know if someone read my post and corrected the video, or if I had somehow simply missed The Miz in the video the first time I saw it, whatever the case may be, The Miz was in the SummerSlam video. I’m going to say I overlooked him on my initial viewing, as I can’t see WWE making that big of a mistake of leaving him out of the video. Now that I’ve made that correction, let’s move on to something more entertaining.

Everyone is probably aware this past Monday and Tuesday, WWE did their annual draft and mixed up the Raw and Smackdown rosters. While looking at the Superstars who were moved from one show to the other, I saw a lot of people who haven’t really been given the chance to shine. I started thinking of some possible character ideas. Here’s the outcome of my deep thinking. 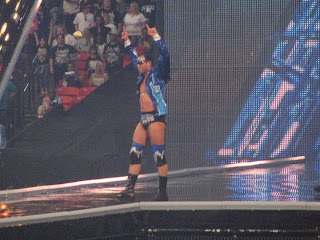 If you’ve been paying attention over the past couple months, Zack Ryder has started trying to get himself over with his weekly youtube show since he’s hardly on WWE TV outside of Superstars. While his Broski of the week contest and Long Island character are gaining traction, I think WWE is missing the biggest no-brainer scenario that’s right in front of them.

Zack should form a tag team with Heath Slater (now that’s he no longer one half of the tag team champions he can easily break away from the Corre.) and have Kelly Kelly be their valet. Zack has been trying to get WWE Shop to sell Woo Woo Woo headbands that they could market as Broski Bands. Zack, Slater and Kelly would wear them to the ring and give them to lucky fans before the match. All the other fans, that didn’t come alone, would want Broski Bands for their groups. Smell the money being printed. A+ RI
Alex Riley came in with a sort of Frat boy persona. Give him a slight tweak and he could be a blue chipper/student of the business character. I don’t think he’s won a match yet since his season of NXT ended. His losing streak could be used as a basis where he starts obsessively watching every match the way professional sports teams watch game footage. WWE could show footage of him in the WWE library watching video and taking notes on current opponents while also studying former wrestlers to learn new moves. He wouldn’t be like Dean Douglas, as he wouldn’t be critiquing Superstars after their matches. A-Ri would use the information gleaned from his studying to move up to at least being a US titleholder.

Yep. I only had two ideas. Maybe I had more, but I don’t want to give away all my ideas. I’m still waiting on the call to come from TNA to bring me on board as part of the creative staff. I’ve already started formulating even inane and complicated ideas that make Feast or Fired and King of the Mountain matches look genius in comparison. Stay tuned.