The Second W is Silent 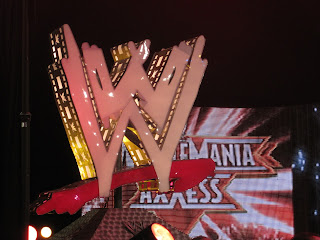 
Every so often you’ll come across a story that you think can’t possibly be true. Over the weekend I read one such story. The story has been out for four days and so far there has been no retraction or correction so I’m going to go ahead and believe the story as truth. So believing the story is true, it gives an insight into why the current WWE product isn’t exactly setting the world on fire.  The story I’m talking about can be read in detail at TV Week’s website.

The quick recap of the story is TV Week published a story with the headline stating Drew Carey was being inducted into a wrestling Hall of Fame. A publicist for WWE then wrote an email to the writer of the article demanding TV Week change the headline because WWE is not a wrestling company, but rather a “global entertainment company.”  Huh?
Unless something has changed since 2002, WWE stands for World Wrestling Entertainment. When the word, wrestling, is in the name of the company wouldn’t you figure that company is in the wrestling business? I understand the company as a whole does more than just wrestling, but claiming you’re not a wrestling company is ludicrous. Yes, there’s WWE Films and the magazine department and well, I’m not really sure what other departments they have. But the majority of their fans are into the company because they put on wrestling shows.
I don’t know why Vince McMahon (and by extension his employees) feel wrestling is a four-letter word. Actually I can. I understand most people look at wrestling as something only ignorant, redneck, low-income, people who think it’s “real” watch, but instead of running from the term, wrestling, shouldn’t Vince and Co. do more to try and re-brand the word as something more sociably acceptable?  Granted, most people have a pre-conceived opinion and won’t give wrestling a chance. Those are the same people who refer to any wrestling as WWF even though that name has been extinct for 9 years. Most of the time, however, when WWE does try to promote itself as something other than Hee Haw’s bastard cousin, they do so with such heavy handedness it becomes more self-parody instead of promotion.
What frustrates me most about this is not so much WWE’s disdain to be associated with wrestling, but the fact TNA could use this as a jumping off point to try and reach out to WRESTLING fans. If TNA could focus, come up with a game plan and stop looking at their Word A Day Calendar from 1997 they could conceivably capture a segment of the audience that isn’t ashamed to be a wrestling fan. The ironic part is TNA doesn’t even have the word wrestling in its name.
Oh well. No matter what type of company they are, we’re a little over a week away from the trip to Atlanta and the spectacle of Wrestlemania. Or was Kevin right and it shall henceforth be known as Entertainia?
Posted by Kevin Hunsperger at 4:49 AM