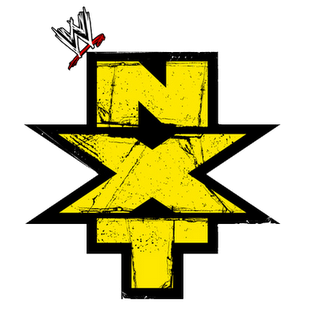 Last night the WWE launched a fifth season of NXT.  This time, there's a twist.  It's six former rookies looking for a shot at Redemption to be on yet another season of NXT.  I thought Tough Enough was replacing NXT, so I'm a bit confused.

I liked the original concept of NXT and the fact that the rookies from that show have gone on to be signed with the WWE.  At least most of them are on the roster still and in Daniel Bryan, Heath Slater, and Justin Gabriel's cases holding some kind of gold.

But I think it's been too much too soon for the rest of the shows.  I enjoyed season 2 of the show too, DVRing it each week and watching it.  Husky Harris and Kaval were the two standouts from that season I thought.  I was thrilled when Kaval won and hoped the WWE had big things planned for him.  But we all know how that story ends.  Jobbed out nearly every week on SmackDown! then released because creative had nothing for him.

And that brings me to my point for this post (sorry it took 4 paragraphs).  Creative seems to struggle with coming up ideas for many of the guys on the main roster right now.  With shows like NXT and Tough Enough, they're adding more guys to the pool.  It seems like they bring several rookies to the main roster after each season.  That's not necessarily a bad thing as long as they have something for them.  Just having them on as a jobbers each does nothing for them in my opinion.

Here's another observation:  they say the winner will be the next breakout star.  Just curious why the second place guy Brodus Clay appeared on Raw prior to the winner of the season 4, Johnny Curtis.  Personally, I from what I watched of season 4, Brodus should have won the competition.

One more thought.  I like the fact that Michael Cole is not a part of this show.  But please, William Regal and Todd Grisham, focus on the match in the ring.  I admit, I didn't watch each match, but the one I did see neither one of them acknowledged what was happening in the ring.  But we did hear about Skip Sheffield. Ugh.

So, while I enjoy seeing some fresh talent added to the mix, I worry that many of these guys are going to get lost in the shuffle.  I'm also concerned that guys who are in the midcard will stall or drop further down the ladder and end up "future endeavored."