The benefits of being a part-timer

Former WWE World Heavyweight champion Brock Lesnar recently tested positive for substances banned by UFC. According to published reports, the U.S. Anti-Doping Agency administered two tests to Lesnar. He tested positive for clomiphene. It's a banned substance that works as an anti-estrogen agent used to treat women's fertility problems. But when men take it, the drug works like a steroid by boosting testosterone production. 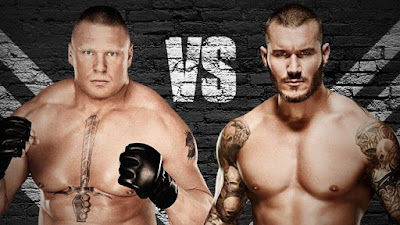 WWE will not be pulling Lesnar from his SummerSlam match against Randy Orton. That's because the company's Wellness Policy does not cover "part-time performers", which is what Lesnar considered.

WWE says Lesnar is part-time, however he was one of the top draft picks a couple weeks ago on SmackDown. His image is used in the promotional banner for RAW and his profile is up on the Current Superstars category of the website. There's no mention of the part-time status in his profile. I don't know how the company legally defines a part-time performer vs. full-time, but as fan I know his status. But does the general public know this? Should WWE care?

Yes they should. With all the news of the infractions with UFC, WWE mostly ignoring the violations insults the intelligence of fans as well as the current roster of WWE Superstars. Everyone who steps into a WWE ring to wrestle should be held to the same standards. That includes The Rock, Ronda Rousey or Shaq. Making exceptions for celebrities or part-timers devalues the widely regarded and respected Wellness Policy.

If something happens to Lesnar, the media will have a field day once again with WWE. Expanding the policy to cover part-time and celebrity appearances would at least give WWE some protection in the court of public opinion. Without holding these performers responsible for their actions sets a bad precedence.

It's also ironic that Orton jabbed at Lesnar during The Highlight Reel on Battleground saying "no enhancement required." after being suspended twice for violating the Wellness Policy. I'll just leave it at that.

Posted by Kevin Hunsperger at 11:52 AM