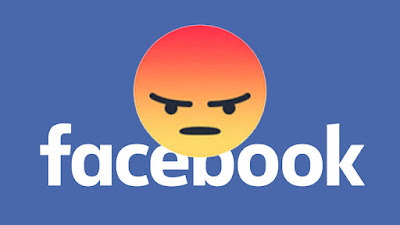 I first signed up for Facebook during the summer of 2008. It was eight years ago, but life seemed simpler back then. Social media was new to me, as I had only had MySpace up until that point. The best thing about Facebook was being able to reconnect with friends from high school and college and family members scattered around the world.

Posts were pretty basic. There were lots of pics of kids, pets and even the meal of the day. Status updates were usually witty or at least informative about the poster's the daily happenings. It was a strange new medium, but I loved being a part of it. The overall vibe on Facebook in those first couple of years was very positive.

But all good things must come to an end. Someone came up with funny pictures with text added and called the creation a meme. I find many of them funny and still laugh when I see them. Unfortunately sometimes those posts are at the expense of someone else. Then there's all the sharing of articles, blogs and other posts. As a blogger myself, I'm grateful when my friends share what I've written with their inner circle. I try very hard to keep things positive here, however sometimes I fail at that.

Things have changed a great deal through the years. There are fewer pics of summer vacations, birthday parties and stupid pet tricks. Instead news feeds are flooded with articles bashing or endorsing a political group, religion or race. Everyone is free to post what they want. I know where the majority of my friends on Facebook stand on the issues. They're not going to change my views with a meme, video rant by a stranger or blog post.

People talk about things on social media that they'd never bring up in person. I've seen people go on a variety of rants on social media and then when talking to that same person in "real life", they clam up. I get it. It's much easier to hide behind a mobile device or computer screen and say things we'd never have the nerve to do to someone's face. I'm guilty too. But we all need to do something about it.

I'm not suggesting life is all about puppy dogs and rainbows. But maybe there would be less fighting in this country if there was more positivity in our lives. The next time you have the urge to share a negative post, even if it's something you agree with, I encourage you to follow up with something that will put a smile on people's faces. I'd prefer you do it from one of my sites, but I'll understand if you don't (insert smiley face emoji here).