Why being on Team No Sleep is nothing to brag about

For the last 12 years not only have I been on Team No Sleep, but I've considered myself the unofficial captain of the squad.  I'm a morning news anchor and when I started the shift in 2004,  I had to be at work by 4 a.m.  My alarm would go off at 3:15; I'd shower, get dressed and grab something to eat once I arrived at the TV station (usually a Little Debbie snack cake and a Mt. Dew).

Over the course of a dozen years, the start time of News 3 This Morning has gone from 6 a.m. to 5 a.m.  The earlier start time meant an earlier wakeup time.  We've been shorthanded for a couple of months and my alarm has been going off at 12:30 a.m. The good news is next week a new producer starts and I'll be able to "sleep in" until 1:30 a.m.

The earlier mornings did not result in earlier bed times though. My kids were toddlers when I started on this schedule so we'd all go to bed at the same time.  I usually got about seven hours of shuteye.  That's around the recommended amount, but these days I'm lucky to get four consecutive hours of sleep. I do supplement with naps in the afternoon, however I'm feeling the effects and most weekends I sleep 10 to 12 hours. 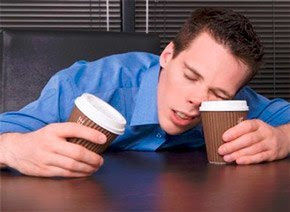 I realize my lack of sleep isn't uncommon. There's an unwritten rule of Team No Sleep; no one complains about being tired (or talks about getting too much sleep). I'm hoping this blog sheds some light on the problem. I heard an interview with Huffington Post founder Arianna Huffington recently and she talked at length about sleep deprivation, it's impact and the importance of getting enough rest.

I, like many others, have always worn my tiredness like a badge of honor.  People tend to look at not sleeping as a bragging right.  But I will tell you it's my worst health habit. I eat pretty well overall (I've traded the Little Debbie snacks and Mt. Dew for eggs, fruit and coffee).  I run quite a bit and workout at Gold's Gym at least a couple times a week. However for some reason I refuse to make the time for sleep.

Between work, running, blogging (for this site and my freelance business), family and friend time; sleep most often takes the backseat.  But listening to Huffington and my new mentor in entrepreneurship Gary Vaynerchuk (The #AskGaryVee Show) I realize to be successful with the "hustle", sleep has to be in the equation. I've known it for years, but I've always operated under the thought that sleep was for the weak.  Let's face it, when you hear someone say they sleep eight or nine hours a night your first thought is "what a lazy ass" (I know I do). But that person is actually doing something for their health.

I know in reality I won't be logging eight hours of sleep every night, but my new goal is a solid six. I can supplement that with a quick 20 minute power nap in the afternoon if necessary.  This new plan should serve me well in the "hustle" and keep me on track with everything else in my life.  It's all about the balance.

Posted by Kevin Hunsperger at 4:49 PM