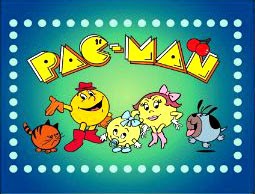 Growing up in the 80s I had Pac-Man fever. Not only did I play the game at the skating rink arcade and on the Atari, but I watched the cartoon on Saturday mornings. This was yet another creation of the team of Hanna-Barbera. 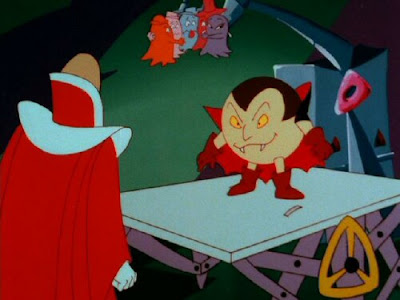 The series was much like the game. Pac-Man and his family, Pepper and Pac-Baby lived in Pac-Land with their dog Chomp-Chomp and cat Sour Puss. The ghosts from the game are also a part of the show, but a female character Sue joins Blinky, Inky, Pinky and Clyde in trying to ruin life for the Pac-Family. The ultimate villain in the show is Mezmaron. The ghosts do his bidding in trying to steal the source of the power pellets for Pac-Land. 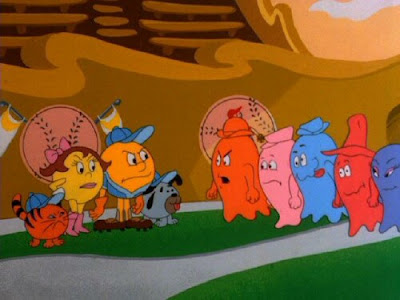 The show lasted two seasons with 44 episodes. There were a couple of primetime specials, including one for Halloween and one for Christmas. The show ended in 1983 but saw new life in the early days of Cartoon Network. I'd love to see Boomerang bring it back.
Posted by Kevin Hunsperger at 8:36 PM