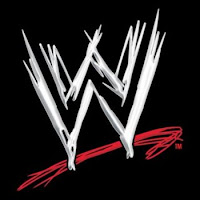 I'm hoping 2011 continues to be a good year for some of the guys who seem to be stuck in the land of the mid card status.  2010 a few guys were elevated, the Miz specifically (and I hope that trend continues).  With guys like Shawn Michaels and Batista leaving the WWE and Chris Jericho, the Undertaker, and Triple H all taking time off, there was plenty of room at the top for some fresh blood.

I fully expect Triple H to return to action at some point in the next few weeks.  If you ask me right now, I believe he'll be in the Royal Rumble and may even win the event.  Undertaker's future is a bit more bleak.  He's been off a big portion of 2010, as well as in 2009, I think if he's healthy enough we'll get another good match out of him at Wrestlemania before he heads back into hibernation.  I don't see Chris Jericho coming back anytime soon.  I think he enjoys his music, and quite honestly he needs a break.  All superstars do, really.
﻿﻿
Drew McIntyre: The WWE seems to be hot and cold on Drew, most recently cold.  After a less than stellar run as the Intercontinental champion, Drew was put into the failing tag team scene with "Dashing" Cody Rhodes.  Neither man seemed to have much going on for them so they put the tag team titles on them.  They held the belts for a whole 34 days.  Shortly after losing the belts, they split the duo up.  They didn't have a chance.

I hope for big things out of Drew in 2011.  After all, Vince McMahon called him "the chosen one", but more times than not, that's the kiss of death.  I believe Drew has the look and the ability.  I had mentioned earlier maybe teaming him up with William Regal.  I think he could develop and learn more from one of the best.  They have similiar personalities and could actually shake things up in the tag team ranks.  While I wouldn't want to necessarily see Drew saddled with a tag team gimmick, I think it would be a great way to get him moving up the ladder of success.


﻿John Morrison: Speaking of ladders, John Morrison is climbing it rung by rung too.  I really hope he makes a major move this year.  He is the #1 contender to the WWE title, but I don't think he's going to win the belt anytime soon.  At least not tonight (he's scheduled to face the Miz on Raw on 1/3/11).

Morrison is a guy I've raved about before.  He has the tools inside the ring.  He's not the best talker in the world, but I really hope that's not what's holding him back.

Big wins over former champs like Sheamus and Chris Jericho in 2010 have put him in a good position for the start of the year.  I suspect he'll drop a few rungs on the ladder if he comes up short against the Miz, but I see him being a power player in the next 12 months.  The guy deserves it too. He's toiled in the tag team ranks and the mid card for several years now.  Let 2011 be the year of JoMo.

Daniel Bryan: Another no brainer here as far as I'm concerned.  I'm actually quite surprised with the push Bryan has received so far, but I really do believe the dude deserves a heck of a lot more.

When he first came back to the WWE after SummerSlam and they were squashing him week after week on Raw, I figured his days were numbered.  I like that he beat the Miz for the U.S. title.  I hope they keep the WWE title on the Miz because like Morrison, he and Bryan have a great history together.  These could be more stellar matches like we saw in the fall between the two.

Bryan is another guy I don't necessarily see winning the title in the near future, but he should definitely be in the hunt for the biggest prize in the company.  I could also see a switch to Smackdown! in his future and more success there.

Again, I don't have a crystal ball, these are my thoughts on where things should go in the 2011.  Of course, there's a lot of talent on both rosters, I just touched on three of my favorites who should have a success 2011 if they stay healthy.

Writers, the talent is there, now it's time to let it shine!