Clash of the Champions 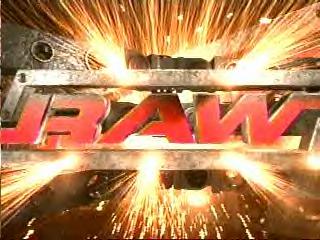 Opening Segment: When Edge came out I really thought we were going to get the Clash of the Champions match at the start of the show.  Those hopes were quickly dashed after the impromptu Royal Rumble challenge and the Corre vs. Nexus confrontation.

Did you notice Edge disappeared after that whole deal between the two groups?  I don't like how that happens.  That seems to be a trend.

Mark Henry & John Morrison vs. Albert Del Rio & King Sheamus:  I'm still not sold on Alberto.  And I find it hard to believe the "World's Strongest Man" taps out almost instantly to the arm bar submission.  You could have him tap, but it was like a second after the hold was applied.  Plus, I don't think there was any work on the arm to even weaken it, was there?

Natalya vs. Melina: That was a kick butt Sharpshooter by Natalya.  Good match between these ladies. LayCool annoys me, but I think that's their role.  I still don't like the comments about Natalya's weight.  And again it's a double standard.  The King insulted Vickie Guerrero again last night and people find it funny.  When LayCool does it, it's criminal.  Twitter was lit up with comments.  Trust me.

The Miz vs. Edge: I felt like this match could have been saved for a Pay Per View.  Why give away a match like that on free TV?  That seems to be the trend though, as they did it last week with CM Punk vs. John Cena.  The match went on pretty long, but I knew (as we all did) that Dolph Ziggler was going to interfere.


Husky Harris & Michael McGillicutty vs. Santino Marella & Vladamir Koslov: Tag team champions made to look weak once again.  I like the duo of HH & MM.  Would like to see them developed as a unit.  They have potential, and let's face it the WWE needs a tag team division.

Mixed Gender Six Person Tag: I think this was just a set up to have Gail Kim and Daniel Bryan get caught by the Bellas.  The match itself was lame.  I like the storyline, especially if it means Kim getting more in ring time.

CM Punk vs. Wade Barrett:  I think this match could have and should have been saved for pay per view.  Not the Royal Rumble.  They could have totally carried this out to Wrestlemania I believe.  And I wonder if we get a Corre vs. Nexus match at Mania.  Many factors as we head to the big event in April. Cena refereeing the match made sense, but again lately Cena has been really annoying.  I'm talking Cena the performer.  The guy outside the ring who does all the philanthropy has all my respect.

It was no surprise the show ended with a locker room clearing brawl in the ring. That's what we have come to expect in the days leading up to the Royal Rumble.  Later this week, I'll post a prediction for the Rumble, probably just on YouTube though, so check it out.

Thanks!
Posted by Kevin Hunsperger at 3:17 PM