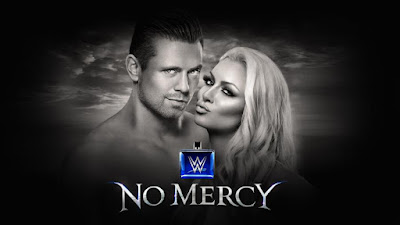 Another WWE pay per view is set for this weekend. SmackDown Live is putting on No Mercy. No doubt the in-ring performances will shine as they always do. From top to bottom there will be plenty of great moments Sunday night. It's what happens next that's important in the storytelling process. But before that happens, here are my quick picks for the show.

AJ Styles will retain the WWE World Heavyweight title against John Cena and Dean Ambrose. I do think eventually Cena will win the gold again, but it won't happen this weekend. Rumor has it, he's taking another break. If that's the case, AJ should get the win on Cena and further the program between the champ and Ambrose.

I'm still split on the Intercontinental Championship match. If Dolph loses he retires. If Miz loses they take a lot of the momentum away that's been growing with the champ and his wife, Maryse. I don't want either scenario to happen, but my gut tells me The Miz wins this one.

The Usos will capture the SmackDown Live tag team titles from Heath Slater and Rhyno. The point of Slater winning was to get him on the show. However, I could see the makeshift team winning this one and the Usos getting the gold in the near future.

Becky Lynch will retain the SmackDown Live Women's title against Alexa Bliss. Becky rocks. I'm curious to see who her next opponent will be. Outside of Natalya, the female heel pool isn't too deep.

Nikki Bella will beat Carmella. Bella has put over Carmella in different matches in the weeks leading up. I'm only picking her based on that fact.

Bray Wyatt needs to beat Randy Orton, but as we've discussed before you never beat against Orton (unless it's against Brock Lesnar).

Baron Corbin will beat Jack Swagger in the pre-show. I'm not a huge fan of either guy, but I like how the match between them ended on SDL with the "tap-out."

Curt Hawkins will be "in the ring" that night too. I'm more than curious to see what WWE is going to do with the returning Superstar.