Over the Limit Predictions

Another pay per view is on the horizon for WWE.  This time, Over the Limit.  It features several matches we've already seen on the previous two PPVs, but with some twists.  Others we've seen played out on SmackDown! and Raw. 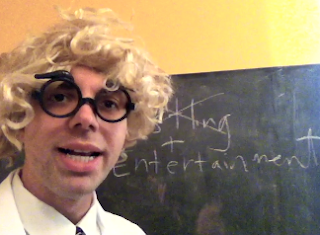 I did some tongue and cheek predictions on my YouTube Channel.  Please check that out and be sure to subscribe to it as well.  Thanks.

I'll be a bit more focused and serious in the blog though.  Let's start with the WWE championship match. John Cena and the Miz are going at it AGAIN, this time in an "I Quit Match."  I can't imagine Cena saying those two little words.  I almost always have that opinion though with the baby face in the match.  I figure that Cena will win this one, even though he really doesn't need the win.  But I think they're preparing for some kind of program with he and Alberto Del Rio.  A Miz win would be, well awesome, but where would it take the Miz?  There's no other faces on Raw that he hasn't already had a run with that would be considered championship worthy.  Of course maybe Rey Mysterio.  But he's been the champion before, at least if Del Rio is pursuing the title, he's never held it before and it is something somewhat fresh.  That's really the only reason I'm picking Cena, because of a lack of challengers for the Miz, especially with John Morrison on the shelf for several weeks.

I think Randy Orton will also end up retaining.  Why would they have him drop the World title this quickly after winning it?  I'm serious.  I know that Christian literally lost it on his first title defense days after winning it.  Remember, I'm writing what I THINK will happen, not what I WANT to happen.  If it were up to me, Christian would have never lost the title in the first place.  But we can't change that fact. I wonder if a heel turn is in order for the former champ.  I'd like to see him become a big thorn in Orton's side and get a second, longer reign as World champion.  It may happen, but I doubt it will Sunday night.

RTruth's heel turn has been interesting.  While he's not as annoying as he was with the "What's up?" yelling, he still gets on my nerves.  It seems like he's getting a little bit of a push, and even though he and Rey Mysterio are about the same age, I think he will end up going over Rey and preparing for another battle with Morrison when he returns in the next few weeks. 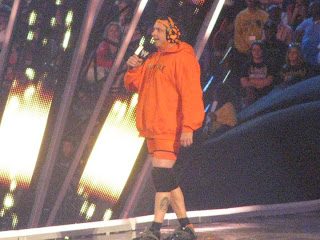 The Jerry Lawler-Michael Cole feud is like a train accident.  As much as you don't want to watch, you do. Lawler deserves better than this, and with the added stipulation of the Hall of Fame ring now in their "Kiss My Foot" match, I feel like this is an angle from TNA.  Cole has gotten the upper hand at the last two PPVs, therefore I think the King will end this feud with a much needed win (and ass whipping for Cole.)  But then how do these two go back to working with each other on Raw?  In my opinion, they shouldn't.  You know my thoughts on Cole's future.  But I don't know that anyone is listening.  (I think he should be a manager)

Mason Ryan and CM Punk are the latest duo thrown together because the WWE forgets they have tag team champions.  Will these two have what it takes to beat Kane and the Big Show?  I think they do.  I actually like the prospect of the Nexus team.  But no matter who wins the match, the writers MUST focus on developing a tag team division.  No more fly by night contenders, please.

Wade Barrett needs to defend the Intercontinental title against Ezekiel Jackson.  Barrett hasn't been champion that long, but he needs it.  And they need to start booking him better.   A win over Zeke will put him in a better place, but he needs to start scoring wins over bigger names on the roster.  Right now both these guys are on midcard island.  Barrett has the skills to make a break for the top.  Let's do this right guys.

Only six matches have been announced.  I figure they'll add one more, maybe a Divas match.  Maybe Kofi will defend the U.S. title.  Maybe Kharma will finally have her in ring debut.