WWE Hall of Famer reaches out to Stride star 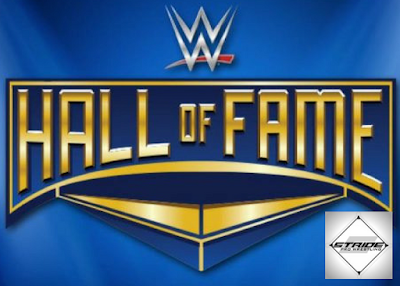 More than 30 years ago, Hulkamania was born. Hulk Hogan (with the backing of Vince McMahon) took pro wrestling to new heights. It became a worldwide phenomenon and eventually transitioned into 'sports entertainment.' Hogan called his followers Hulkamaniacs. I myself was one as were millions of others.

The Hulkster as you might imagine inspired plenty of up and coming pro wrestlers. That includes Stride Pro Wrestling's own Ragin' Redneck. The Redneck showed up in Stride last fall when he battled Curly. After a less than stellar record, Redneck traced his red and yellow roots and earlier this month Redneckmania was born. 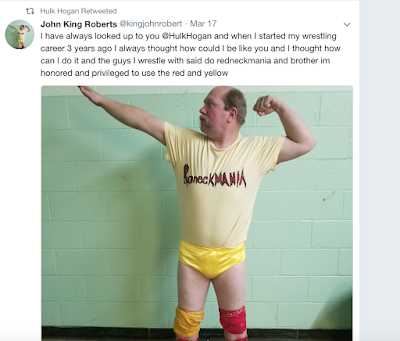 The new character debuted at the Stride Pro Wrestling Anniversary 2 show. Despite losing to newcomer Chase King, Redneckmania was flying. He took to social media and tweeted the man who inspires him, Hulk Hogan himself. The Hulkster reacted and retweeted Redneckmania's appreciative post.

Many of Hogan's followers reacted, some negatively. But that's what social media has become. We applaud Redneckmania for taking a chance and putting himself out there on social media. Keep up with him on Twitter (@kingjohnrobert). The next Stride Pro Wrestling show is set for Saturday, April 7 at the Carterville Community Center. It's a benefit for referee Lane Austin.

Posted by Kevin Hunsperger at 5:54 AM