I first met Jake Capone in 2011 as I was working on some Halloween Havoc blogs for My 1-2-3 Cents. This was before WWE Network and I had put out a call for anyone who had a copy of the first event. Jake did and we met on the SIU campus and made the exchange. A few months later Jake ended up on the All-American Pro Wrestling roster as Justice.

Years later, Justice turned bad and changed his name to "The Hitman" Jake Capone. He was a founding father of the Midwest Mafia. Together he and Red Daniels (RIP) held the Stride Pro Wrestling tag team titles. But another opportunity took Jake and his family out of state, but I've kept in touch and wanted to spotlight him on Fun Fact Friday.

1. Jake is a huge movie buff and has a large collection of movies, including some lesser known films. (As I mentioned he had Halloween Havoc '89 ready to loan out.) 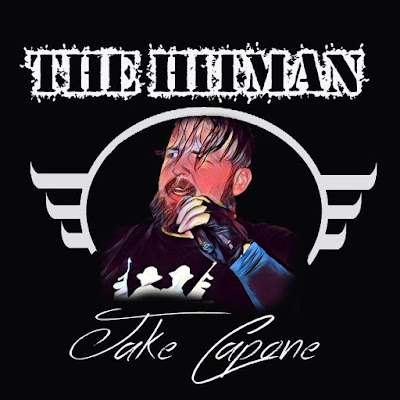 2. Besides wrestling, Jake works as an artist too. He dabbles in several mediums including photography, music and film production. Jake also enjoys writing. You can check out his artwork on the TeePublic website too. I've recently picked up a shirt there. Here's the link.

3. Jake is a huge Elvis fan and credits his dad for knowing all the King's songs by heart.