Over the weekend, Stride Pro Wrestling welcomed a new wrestler. Bo Sawyer is new to Stride, but not the indy wrestling scene. He has been wrestling for about 12 years. He also has a background in Mixed Martial Arts. Saturday night Sawyer teamed up with Frank Wyatt. His beard and large frame make him a standout in the ring, so I wanted to invite Bo to be a part of Fun Fact Friday.

Bo was born and raised in ShotGun City. As Jim Ross would say, he's tougher than a two dollar steak as a result.

Former Stride Pro Wrestling stars 'Homicidal' Steven Davis and 'The Intimidator' Josh Totten trained Bo. We're not sure who taught Bo how to hit a spinebuster, but it's one of the biggest in the business. Just ask Aaron Brooks. 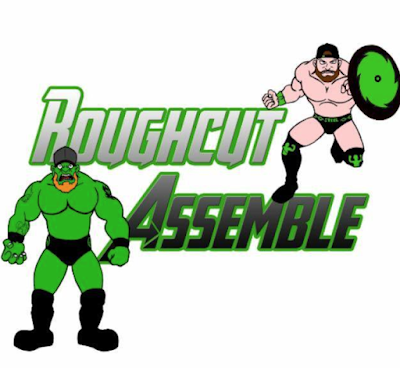 Bo is a huge fan of the Incredible Hulk. In fact, I've read the feelings are mutual and the Hulk digs Bo Sawyer too.

Bo is a big guy and a big asset to the Stride Pro Wrestling roster. I don't know what the future holds for him, but I'd like to see him get a regular spot on the card. He's got a great look and does well in the ring.