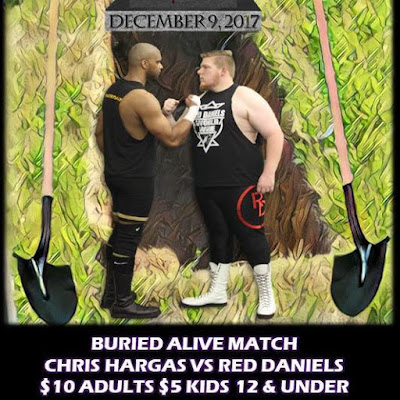 
Stride Pro Wrestling returns to the Illinois Star Centre Mall in Marion this Saturday night (Dec. 9) with what may be the biggest show in the history of the company, Buried Alive. Don't get me wrong, there have been some big events in the past 21 months, including the first TLC match that featured Roger Matheus winning the Stride Pro Wrestling Championship from Heath Hatton in May. Then there was the company's first ladder match in which Jerry "T-Dog" Travelstead was crowned the inaugural Legacy Champion after a hard-fought win over Tony Flood. 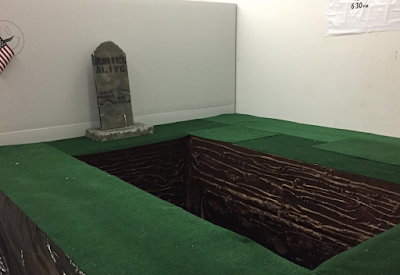 But there's something about this weekend that has, even more, electricity around it. In my 1-2-3 cents, it's because it is the FIRST Buried Alive match to be contested in an independent wrestling company. At least for any indy promotion I've ever heard of. Chris Hargas and Red Daniels will make history. To date, I'm only aware of five Buried Alive matches, all taking place in WWE and all involving the Undertaker.

The rules will be simple for Saturday night. Beat the hell out of your opponent, dump them in the grave and cover them in dirt. Hargas and Daniels have both told me they're not afraid to beat the crap out of one another to make this happen. Each man is determined to be the last man standing. The hatred and disdain run deep for each competitor. I'm excited to not only be on hand to announce this contest but to be able to see my first Buried Alive match in person. 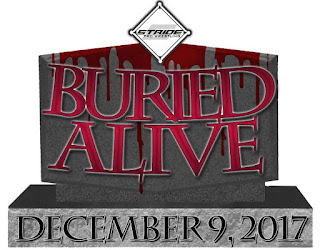 Join us. Tickets are $10 for adults and $5 for children. The main event alone will be worth the price of admission. I'll be running down the full card for the show later in the week. Expect the unexpected as two of the biggest and best competitors in Stride put it all on the line.

Posted by Kevin Hunsperger at 3:37 PM