Ten months ago, Dexter Roswell emerged on the independent wrestling scene, vowing to "Make Stride great again." So far, he's doing a pretty good job at it. Fans love to hate the political turned wrestler from Springfield. His entourage has grown and he's now under the management of J. Wellington Beauregard. So with all that to consider, I thought it was time to feature Mr. Roswell in a Fun Fact Friday piece.

1. He enjoys Sudoku puzzles. He calls them a challenge to his brain instead of "mindlessly wasting my time and energy like most people in southern Illinois." (Again, his words, not mine.)

2. Dexter Roswell has sectoral heterochromia. What's that you ask? Well, a portion of his right eye is a different color than the rest of the eye. I've known people with two different color eyes, but nothing quite like this. I'm going to have to get a closer look when I see him on Saturday, November 4.

3. This should be no surprise. Mr. Roswell owns an extensive collection of what he calls lavish ties. He also gets into the ring with the neckwear and has been known to use a tie to his advantage from time to time.

And for the first time ever, Mr. Roswell is offering up a bonus for you. He enjoys taking risks occasionally (which explains why he messed with Heath Hatton recently) and like to swing on the SkyCoaster over the Royal Gorge in Colorado. 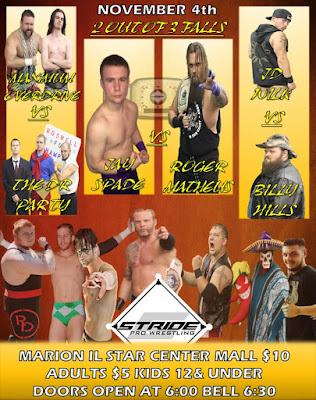 Happening on November 4, Roswell and his right-hand man, Brian Richards get a shot against Stride Pro Wrestling tag team champions Maximum Overdrive. Can the politician and his bodyguard win gold for the first time? Join us starting at 6:30 that night and find out. 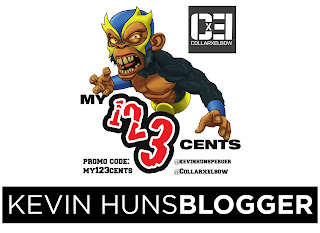 Posted by Kevin Hunsperger at 5:44 AM