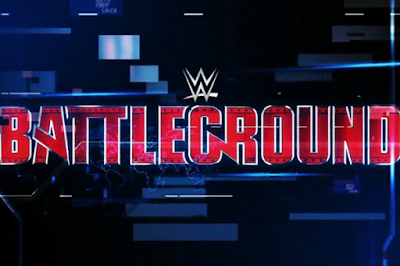 The road to SummerSlam is taking a pit stop at the next SmackDown Live event, Battleground. The show happens tomorrow night on WWE Network and here are some quick thoughts on the show.

Jinder Mahal will retain the WWE Championship in a Punjabi Prison Match against Randy Orton. The only thing that will make this more awesomely bad is an appearance by the Great Khali. My fingers are crossed as I type this, which is making it difficult.

John Cena will beat Rusev in the Flag Match and likely go on to beat Mahal either at SummerSlam or sometime before that.

AJ Styles will beat Kevin Owens. Since AJ just won the U.S. Championship I don't see any reason to hot potato it back to Owens.

Sami Zayn will win against Mike Kanellis because, you know, it's WWE 50/50 booking.

My hope is that the New Day will pick up the SmackDown Live tag team titles, but I'm not holding my breath for this match.

Charlotte Flair will win the fatal five-way number one contender's match. In my 1-2-3 cents since this is for a SummerSlam title match against Naomi, Charlotte will make the better big match opponent. However, I'm not opposed to Natalya winning and since Flair is a face still, I can see that happening.

Nakamura will beat Baron Corbin because doesn't the Money in the Bank briefcase winner usually go through a losing streak before cashing in?

What are your Battleground predictions? Who do you want to see get the upper hand as we head into the hottest night of the summer for wrestling?

Posted by Kevin Hunsperger at 12:52 PM