Quit blaming Millennials because you're afraid of the future

Lately, I've seen a lot of people my age (43) and older complaining about Millennials. Some of the griping is justified, but many in that generation have been labeled as lazy, unmotivated and entitled. It's unfair to paint the entire generation with a broad brushstroke. Because there are just as many Gen Yers, Gen Xers and even Baby Boomers who fall into the same category.

One big complaint I see and hear a lot is "kids are always on their phone." I'm going to credit Gary Vaynerchuk (Gary Vee) for helping me better articulate my feelings on the people who have a problem with this. The smartphone is quickly becoming what the TV was to us and our parents growing up. As more networks and companies provide streaming services, the days of sitting in front of a big screen mounted to the wall will go away just like VCRs, rotary phones and record players.

It's the first major shift in technology since the TV hit the scene and listening to the radio as a family changed. My wife and I are "those parents" who let each of our kids (ages 17, 15 and 11) have their own smartphone. But it's a privilege not a right in our house. While they do spend more than a fair share of time watching YouTube videos or playing games, they're also learning how social media works.

I have no doubt this will help all three of my kids in the future. Our oldest has expressed interest in a career in technology so why deprive him of learning what he can as a junior in high school?

I was senior in college when the internet and email were first being introduced. I wish now that I would have immersed myself more into it. But I didn't UNDERSTAND what it was all about so I dismissed it, just like many parents and grandparents are doing today.


Our lack of understanding and our fear of change has created a society of overreactive, fist wagging, cloud yellers. Our parents probably complained when we spent hours on end in front of the TV on Saturday mornings watching cartoons and eating countless bowls of cereal. Our Music Television was foreign to them. And why would anyone carry around a boom box and listen to music? 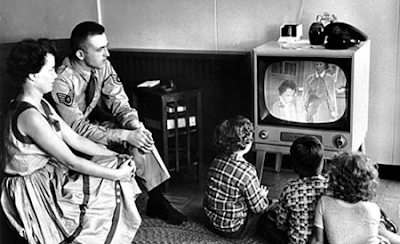 Guess what? Their parents and grandparents probably complained because their loved ones were flocking around the picture box in the living room every evening after dinner. And why is that guy with the jet black greasy hair moving his hips like that?

While I've still got you here, instead of complaining that kids today are texting instead of writing a letter, encourage them to use the technology to their benefit. There is no less sentiment in writing a text as there is in writing a note. It may take me a few minutes longer to write the note, but the feelings and emotions are the same. And in all likelihood, the card or letter is going to end up in your trash can 30 seconds after you've read it. 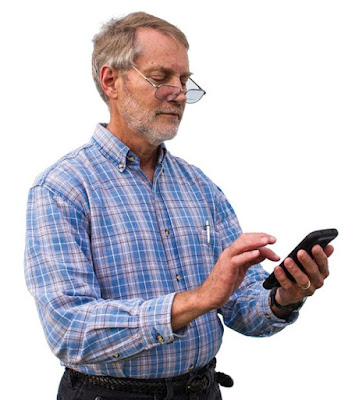 Older people get worked up by this because we've always written letters by hand. But remember, it's the evolution of technology. If that's how your kids or grandkids communicate, adapt and embrace it. You don't have to love it or even like it. At the same time, though, it doesn't hurt for kids to take a minute to write grandparents a note or call them.

The technology isn't going anywhere. We need to embrace it and quit living under the belief that if we don't accept it that the change isn't going to come. And stop expecting the worst out of people. When that happens they usually deliver. People of all generations can be generous, kind and caring. They can also be giant douche tacos.

I doubt this has changed anyone's mind, but I at least wanted to put it out there and hopefully get a conversation going. Just because things aren't the way they were 30, 40 or 50 years ago doesn't mean they're not good and we're doomed as a society. There's a lot of bright spots out there, so let's feed and nurture those instead of piss and moan about what we don't like or understand.

Posted by Kevin Hunsperger at 1:52 PM