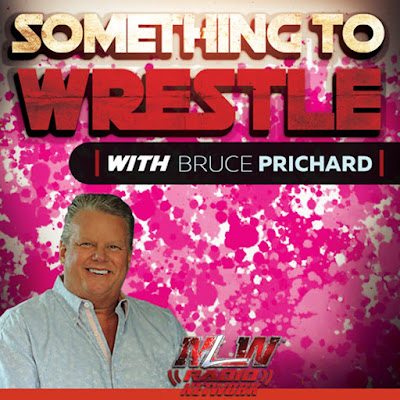 I've been a wrestling fan for more than 30 years. I like to think of myself as a wrestling encyclopedia, especially from the 80s and 90s stuff. But through the years 'rumors and innuendo' have gotten in the way tampered with the reality of wrestling. That's where Bruce Prichard and Conrad Thompson come in. They're the hosts of my favorite podcast, Something to Wrestle with Bruce Prichard on MLW Radio.

Each episode listeners learn the behind the scenes details of wrestlers, managers, bookers and angles. After 23 episodes I've gained new insight into things I've often wondered. Check out episode 22 #LoveToKnow where Bruce answers questions from listeners (mine included) for 2 hours and 24 minutes. Here are a few things this self-proclaimed wrestling expert has learned listening to Bruce & Conrad's show. 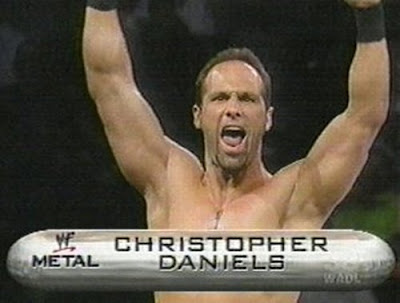 "The Fallen Angel" Christopher Daniels was supposed to be the Higher Power during the Ministry of Darkness angle with The Undertaker, "Stone Cold" Steve Austin and Stephanie McMahon. Prichard said Vince McMahon thought Daniels was too small and nixed the idea only to reveal that he was the higher power.

Prichard was supposed to play a character called Bobby Heenan, Jr. and replace Bobby as a manager who could travel and take bumps. Heenan was ready to get off the road and focus on commentary duties. This was another idea McMahon apparently poo-pooed before it was executed. I would have LOVED to have seen this happen. But I always enjoyed the Brother Love character too.

Sid turned down the opportunity to be "the next Hulk Hogan" because he preferred working as a heel. I liked Sid in his early days of his career in both WCW and WWF. I can't imagine him replacing the Hulkster, but apparently, he was someone who WWF was considering for the spot.

Vince McMahon once paid another passenger on an airplane $500 and the price of the ticket to put out his cigarette. (This was when smoking was allowed on planes.) Such a move surely inspired the Million Dollar Man gimmick.

WWF was working on a special mask to help Brutus Beefcake return to the ring after his near fatal parasailing accident in 1990. In the summer of '91 you may remember The Mystery Man attacking a couple of bad guys after their matches. I knew it was Beefcake, but I never realized the character was going to have a specially made mask for the gimmick.

Sheik Tugboat was originally going to face off against Hulk Hogan in the main event of WrestleMania VII. Sgt. Slaughter was soon tapped for the role after joining the company in 1990.

When wrestlers hide under the ring there is food, water, a mat or pad to lay on, a bottle to pee in and earplugs to deal the pyro during the show.

And finally, Jerry Jarrett has a great chicken salad recipe (you know).

Again, these are a few things I've learned. To hear more great stories from the past, listen to Something to Wrestle with Bruce Prichard. It drops each Friday. And Bruce if you happen to be reading this, I'd love to have you on my podcast and learn more about the Brother Love gimmick. I know Conrad said it'll lose every poll.  :)

Posted by Kevin Hunsperger at 4:15 PM