VIDEO: Matches announced for the 'SHOULD have' tournament 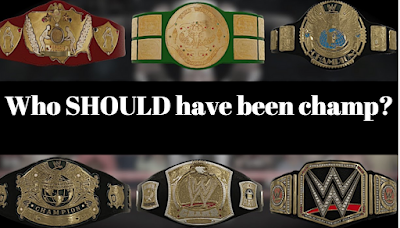 Twenty-three names were submitted for the My 1-2-3 Cents 'Who SHOULD Have Been WWE Champion' tournament. The top eight made it into the tournament and I did a Facebook live announcing the participants and the matches. You will be able to vote via Facebook every day until a winner is crowned. See the announcement here.

By the way, a few names that didn't make it in the submission list that I would like to add include Kerry Von Erich, Paul Orndorff and John Morrison. Remember vote in the tournament each day but you have to submit via the poll on Facebook to make it count.

Posted by Kevin Hunsperger at 2:35 PM