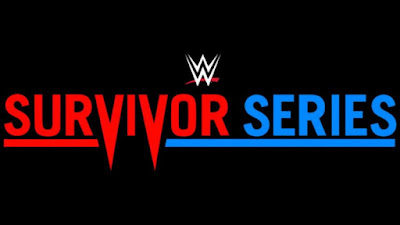 I know the statute of limitations is running out on blogging about Survivor Series. We're a week removed from the 2018 event, however, the latest the pay per view aired was Nov. 27 (in 1991 and 2005). So I thought I'd share a few thoughts on making the Survivor Series great again.

Yes, I thought the event was great from day one. I remember eagerly listening to the results from a classmate, Bobby Griffy, on the Monday after Thanksgiving 1987. A group of us freshmen ate lunch together each day and discussed wrestling most than anything else back then. I still couldn't believe that Hulk Hogan's team went down to Andre the Giant's. (I was a die-hard Hulkamaniac back then.)

Those early years of Survivor Series were great. The five on five elimination matches were a highlight of the year to me. Survivor Series offered something different. Crockett Promotions nor the AWA were doing anything like it. WWF only used the concept one night a year. It was amazing to me. Even when they cut it to four on four matches, I enjoyed the show and 1990's attempt to crown Ultimate Survivors did not disappoint me.

In 1991, the company added the first singles match to the show. Hogan dropped the WWF Championship to the Undertaker that night. I didn't mind a championship match being thrown into the mix as the rest of the show still consisted of the elimination matches. But a year later the Survivor Series had a whole new look and feel. There was one elimination match, The Rockers and the Bushwhackers vs. The Beverly Brothers and the Nasty Boys. The rest of the show had singles and tag team matches peppered throughout. Needless to say, I did not like this.

Through the years WWE has changed the makeup of the show. 1998 had zero elimination matches as the Deadly Games tournament ruled the night. (I don't count the tag team championship match as a traditional Survivor Series match.)

The last few years it's been Raw vs. SmackDown Live for Survivor Series. Elimination matches have been limited to one man's match, one women's match and a tag team match. The rest of the matches are champion vs. champion. I don't hate the concept but there's never been any sort of explanation of stakes involved. It comes down to bragging rights that typically last a week or two after the event and a couple week's leading up to the next year's event. 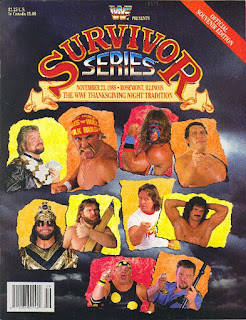 I'd love to go back to the original concept. It doesn't have to be five on five. Four on four with a cool team name. And I'd keep it Raw vs. Raw and SmackDown Live vs. SmackDown Live. WWE touts Survivor Series is the only night it is brand vs. brand, but really we see it in the Royal Rumble to an extent and in some of the matches at WrestleMania and Money in the Bank as well.

I know the elimination matches aren't everyone's cup of tea. But for me, it's what defined Survivor Series. I can't imagine the Royal Rumble event never including the over the top rope Rumble match itself. Maybe I'm crazy but I want the Survivor Series restored to its previous glory (1987-1991).