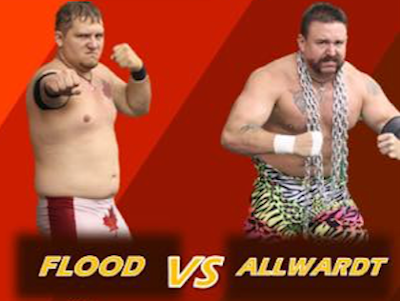 When Stride Pro Wrestling hosts its first show at its new location (1130 N. Division St. in Carterville, IL), a first-time matchup will happen. At least a first for Stride. Ax Allwardt will battle Tony Flood. The two have never met in singles competition here in Stride and this contest promises to be a highly competitive one.

I say that for a number of reasons. The winner of this contest will be named number one contender to the Stride Pro Wrestling Heavyweight Title. Each man has held that championship before and lay special claims to it. Ax remains Stride's longest reigning champ (he's also the first) and Tony held the belt on two separate occasions (Jay Spade and Heath Hatton are also in that class).

Ax and Tony competed in a fatal four-way match against Frank Wyatt and Hatton at the first Stride show in March 2016 to crown the first champ. As mentioned, Ax won that battle and went on to have several successful defenses including against Hatton, Farmer Billy Hills and Chris Hargas. Since losing the belt, he's become Stride's first (and I believe only) three-time tag team champion.

Flood meanwhile has held the Legacy Championship twice in addition to his two reigns as Heavyweight Champion. He's had highly competitive defenses as well, taking on the likes of Hargas, Jerry Travelstead and Spade.

In addition to their talent in the ring and on the mic, both men are tougher than a two dollar steak. We saw that toughness when Flood split his head open last month on a ladder during his match against T-Dog. Ax has shown us he's afraid of no man and has delivered countless piledrivers on anyone who has crossed him, including referees. 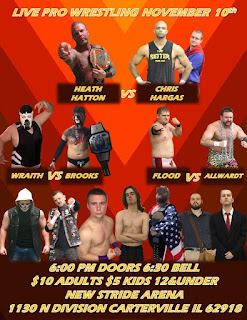 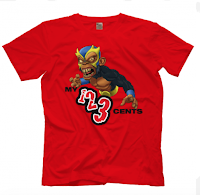 Posted by Kevin Hunsperger at 1:14 PM