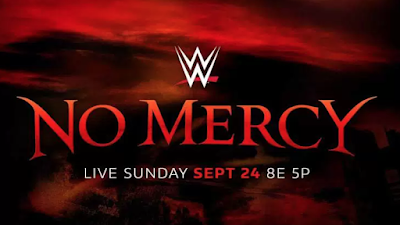 Another WWE event is upon us and like I do each time, here are my quick picks. For my full thoughts on the WWE Unverisal Championship match, read yesterday's blog. Bottom line, I want Braun Strowman to win, but I think Brock Lesnar will retain.

Roman Reigns will beat John Cena. I don't necessarily want this to happen. I could even see this becoming a three-part series. I know the jury has been out on their promo war, but I've enjoyed it. However, in my 1-2-3 cents, the company is grooming both men for Cena to pass the torch. I'm just not convinced Roman is the guy to accept it. But I'll keep an open mind.

The Miz will retain the Intercontinental Championship against Jason Jordan. I'm still not ready to accept Jordan as a singles guy. He's being rushed into this IC program with the Miz. Let him simmer more on the mid-card and build up to the IC title after the first of the year.

I don't like her odds, but I really hope Alexa Bliss retains in the five-way challenge against Nia Jax, Emma, Sasha Banks and Bayley. Jax is a no-brainer for a future champ, but I'd rather see the switch happen in a singles match.

Neville will beat Enzo Amore. However, because of his popularity in merchandise, I can see WWE putting the Cruiserweight Championship on Enzo. Then I will be sad.

Finn Balor will beat Bray Wyatt. Both men are talented and it's hard to pick a winner here, but going by the past trends, I see Balor going further than Wyatt in the immediate future at least.

Dean Ambrose and Seth Rollins will retain the Raw Tag Team Titles against The Bar. Again, I like both teams, but I'm not a fan of hot potatoing belts. And it's too early for the inevitable breakup of Ambrose and Rollins.

Who do you have in this year's No Mercy event? Post your thoughts here or on the My 1-2-3 Cents Facebook page.

Posted by Kevin Hunsperger at 11:25 AM