No rules, no worries

Bad blood is a part of wrestling. Sure, sometimes friends step through the ropes and compete against one another, but for the most part, heated rivalries are what makes the business thrive. One of the most heated rivalries in Stride Pro Wrestling right now is Red Daniels and Chris Hargas. Things come to a head this Saturday night as the two battle in a no disqualification match.

The problem as I see it is with Red Daniels. Simply put, and pardon me for picking a side, but Daniels is a bully. He's got a short fuse and is set off very easily. He was basically trying to break the neck of a Stride Pro Wrestling school trainee in July when Hargas came to the rescue. It's especially disturbing when you consider Red was in this trainee's boots just over a year ago and was never treated like that. But that's Red's mantra these days. He used a chair in his matches against Jay Spade earlier this year. He's assaulted an unsuspecting Heath Hatton in the past. Daniels is loud and obnoxious and has no regard when it comes to his opponents.


Hargas, on the other hand, is a stand-up guy. He's calm, cool and collected most until provoked. Hargas is the strong silent type, which makes him just as dangerous as Daniels. You don't know what he's thinking or how he plans to pick an opponent apart, while Daniels is spouting off and basically throwing a tantrum in the ring.

Last month the two battled for the first time one on one. Hargas won the match by disqualification after Red whacked "the Icon" across the back with a metal chair. That brings us to the no-disqualification match this weekend. I may do the announcements for this one outside the ring where it's safe. Because as the late, great Gordon Solie would say, "Katy bar the door it's a Pier 6 brawl." We'll see you Saturday night. 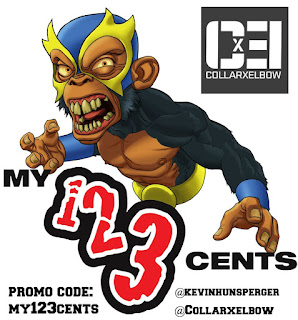 Posted by Kevin Hunsperger at 12:56 PM